Experts share thoughts on whether the diagnostic value justifies the cost 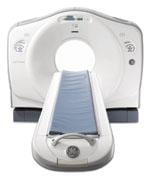 In this era of financial cost-cutting, questions are raised over the true need for 256- or 320-slice computed tomography (CT) systems for cardiac imaging. There are many radiologists and cardiologists who argue a 64-slice CT system is good enough to make a cardiac diagnosis without spending twice as much for the higher-slice systems. However, those who have adopted 256- or 320-slice systems say the quality of the images is superior and leads to better diagnoses in CT angiography (CTA).

System users say a 64-slice scanner costs a little more than $1 million, while a 256-slice scanner runs about $2 million and a 320-slice system costs about $2.5 million.

Diagnostic and Interventional Cardiology spoke with cardiac imaging specialists for their insights into this debate.

Better Diagnostic Images
This debate over the use of established and new technology happens with every new generation of CT, said Michael Vannier, M.D., FACR, professor of radiology and medicine at the University of Chicago Medical Center.

“In an ideal world you have patients with low heart rates, they can hold their breath and they don’t have lots of disease,” he said. “With these conditions you can get great images with just about any CT scanner.”
However, the realities are some patients have arrhythmias, fast heart rates or are obese, and pediatric patients squirm. He said these conditions are better suited for high-slice systems, which operate faster and offer a larger imaging area. These were among the reasons why the University of Chicago Medical Center purchased a Philips 256-slice Brilliance iCT system.

“The 256-slice scanner costs substantially more than the 64-slice systems. We were skeptical at first, but it was apparent from the start the quality of the exams was much better,” Vannier said. “I don’t think any of our physicians would use a 64-slice system any more for these cardiac examinations. We were accustomed in the past to having some studies that were just uninterpretable. But today, that has largely gone away.”

The 320-slice volume scan offers 16 cm of imaging area in one rotation. This allows an image of the entire heart during one phase rather than taking several images and stitching them together, as with 64-slice scanners. “That makes a big difference in cardiac perfusion imaging,” Poon said.

He explained that the 64-slice images generally have artifacts due to the multiple image stitching, where parts of the heart or vessels are misaligned due to cardiac movement. Table movement during 64-slice imaging can also contribute to artifacts. Poon explained Siemens and some other manufacturers use a continuous table movement; GE scanners move in stages during scanning. The Aquilion One uses a stationary table scanning approach because the imaging volume is so large only one image is needed.

“In 64-slice images, the top and the bottom come from different times. But ideally, you want to have an image of the heart from the same time,” Poon said. “That is the main problem with cardiac CTA imaging. That’s why the 320-slice scanner opens up a whole new era in cardiac imaging.”

More Clinical Evidence is Needed
However, there are many cardiologists who insist 64-slice scanning is adequate for cardiac imaging. They feel more clinical evidence is needed to justify the high-cost, higher-slice systems.

“I don’t see a clinical need for a 320- or 256-slice scanner right now,” said James Min, M.D., director of the cardiovascular CT lab at New York Presbyterian Hospital and assistant professor of radiology at Weill Cornell Medical College. “I think we are looking at a three- to five-year process before the incremental benefit justifies the increased cost.”
In recent years, there has been a lot of hype over the release of the 256- and 320-slice systems, but Min said hard, clinical evidence is needed before large numbers of institutions start making purchases. He has not yet seen any published studies of how a 320-slice system stacks up diagnostically against 64-slice systems.

“I think it’s not only the cart before the horse, but we don’t have a horse yet,” Min said. “We need to show 320-slice CT has a definite diagnostic benefit over 64-slice.”

A high-slice scanner also is not a cure-all for CT artifacts. He explained beam-hardening and some motion artifacts will still be seen with a 256- or 320-slice system.

The Aquilion One 320-slice scanner can complete an entire body scan in three seconds and a heart scan without table movement in less than half a second. Poon said this speed and coverage will allow CT adenosine stress imaging, which is primarily reserved for magnetic resonance imaging (MRI) and nuclear imaging.

“Nuclear has been the standard of care (for perfusion imaging), but the temporal spatial resolution is not good at all,” Poon said. He added the low resolution can miss small perfusion defects that are easily seen on the 320-slice images.

Changes in Reading Images
The slight misalignments in 64-slice cardiac images lead to many artifacts, which radiologists and cardiologists take into account when reading. However, a 320-slice scanner image eliminates such artifacts. Poon said what you see is the actual, full heart frozen at one particular time.

“I had to change my reading habits,” Poon said. “I was so used to reading 64-slice that I just assumed many things I saw were artifacts. But now what I am seeing is a lesion; it’s not an artifact any more. You have to look at the 320 under a different light. You can’t assume there are artifacts anymore.”

The University of Chicago Medical Center uses 16-, 64- and 256-slice systems. Some patients had exams performed at different times by two or all three of the systems. Vannier said the radiologists compared these images and were able to pick out the 256-slice system immediately. All motion was frozen and the images lacked the “blocky” misaligned stitching artifacts, he said. The high motion area near the diaphragm also contributed to motion blur that appeared as a thickening of tissue, which would have led to an improper diagnosis. “We started asking ourselves if we were calling things abnormal when they were actually OK. It was really sobering,” Vannier said.

Spacial Resolution vs. Slices
When New York Presbyterian Hospital recently decided to add a new scanner for its dedicated cardiac CT lab, the ability to increase spacial resolution was the deciding factor over volume coverage. “We had the option to go with any scanner, but what we are interested in is increased spacial resolution,” Min said. “But, I don’t want spacial resolution at the cost of higher radiation dose.”

Many of Min’s patients are older and have a lot of calcium or many stents; traditional CT has had issues penetrating them for clear images.

“We can now see through calcium and stents better than with the older 64-slice systems,” he said. The new CT system’s resolution also improves luminal diameter visualization for a more accurate diagnosis.
“It improved our diagnostic certainty and eliminated the need for additional tests,” Min said. This helped reduce the number of patients referred for additional testing, which helped cut costs and the amount of time needed to assess a patient’s condition.

Return on Investment
Poon said the return on investment for a 320-slice system is easier for high-volume centers to absorb. “It is very expensive, but our emergency department (ED) is very busy,” Poon explained. Each CT scanner in the ED handles between 50 to 60 cases per day, so there is no shortage of patients to help carry the cost burden.

The University of Chicago Medical Center located its 256-slice scanner next to the emergency department. It also is used by several specialities in addition to cardiology. Vannier said this spreads out the machine’s cost and ensures it does not sit idle. The 256-slice system scans much faster than 64-slice systems, so patient throughput is faster, meaning more patients can be seen in a day, he said.

There are other fixed costs beyond the scanner that facilities need to think about, Vannier added. These include the cost of personnel to run the machine and the room where the CT equipment is located. He also said a cardiac CT program needs to be an entire package, not just a machine. An efficiently run CT system needs a good internal scheduling system, a clear scheduling contact with patients, a process to get authorization from the payers and ways to relax and prep the patient for the study. Good post-processing software also is needed, and remote and home access is a big plus for efficiency, Vannier said. 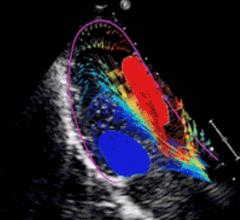 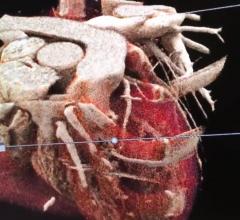 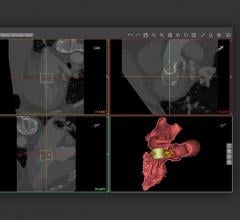 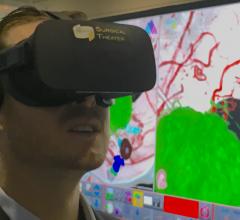 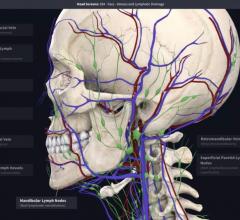 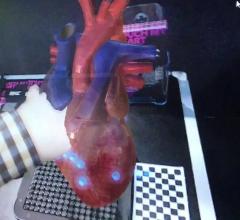 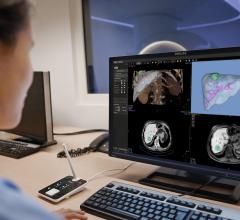 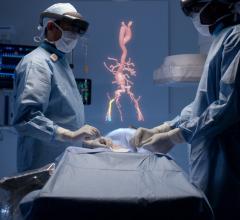 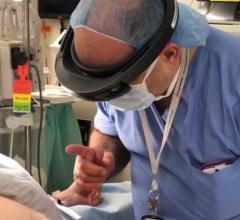 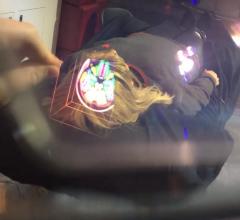