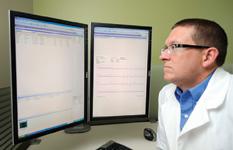 Although computerized physician order entry (CPOE) systems have been around for a few years, only a few vendors really embraced the market with robust offerings and only a few healthcare providers showed interest in adopting them — until the 2009 passage of the American Reinvestment and Recovery Act (ARRA). After that, the landscape changed considerably, as many providers wanted to take advantage of reimbursements available in meeting meaningful use (MU) requirements and the rate of adoption grew significantly.

These were some of the findings in a new report by KLAS, entitled “CPOE 2011 — The ARRA Effect.” It noted that by the end of 2008, only an estimated 12.5 percent of U.S. hospitals were live on CPOE — mostly the larger or more sophisticated facilities — and that until then, the rate of adoption was slow. In the six years that KLAS measured CPOE adoption before ARRA (2003-2008), an average of 87 new hospitals went live with CPOE each year, and the number of total live hospitals grew from 99 in 2003 to 623 in 2008.

“Today, CPOE has shifted from a best practice to a must-have-quickly practice for nearly every hospital and clinic in the country, or at least those that hope to take advantage of MU incentive payments,” the report said.

Depth of Adoption Also Rises
The growth in CPOE in the past two years hasn’t just been in the number of new hospitals bringing it on. The KLAS report noted there has been a significant increase in the speed of adoption at those hospitals as well.

In 2008, all of the organizations with CPOE, including those live for five or more years, reported an average of 66 percent of their orders were done via CPOE. Today, KLAS found hospitals that went live in the past two years already have matched that rate of usage, no doubt spurred by their efforts to meet meaningful use.

Although MU is currently in its initial Stage 1 phase, which has low requirements for CPOE adoption, Stage 2 and Stage 3 are looming in the next couple of years and will be more demanding. So providers feel the clock ticking and are working towards a deeper adoption of CPOE as quickly as they can.

“Organizations coming live now, unlike their pre-ARRA predecessors, do not have the luxury of gradual CPOE rollouts, but instead are pushing for deeper adoption right from the start in order to meet MU deadlines,” the KLAS report said.

The process of adopting CPOE is difficult for providers, but they are happy with the results, said Colin Buckley, research operations manager at KLAS and co-author of the study. “No one expects it to be easy,” he said. “But people come through it these days more satisfied than they might have been a few years ago. They understand better what CPOE means to the hospital.”

Buckley noted there are a lot of facilities that have gone through the process and are willing to share their experiences and recommend best practices. This is helping new adopters with their rollouts. Vendors also are making improvements to streamline the process, he said.
“However, the technology is not the challenging part,” he added. “The difficulties are more organizational, having to do with the provider’s process for CPOE rollout and getting buy-in from physicians to learn it and use it.”

Buckley said there are more realistic expectations about CPOE among providers today. They do not expect it to be a turnkey product they just plug in and turn on; they understand there is a learning curve. In addition, physicians realize they have to do it. “It’s not optional any more. This helps shift peoples’ mindsets,” Buckley said. “It doesn’t make the process easier or more fun, but it helps.”

“While physician satisfaction ratings are relatively low, they do understand the benefits to the patient,” he added. “They appreciate it.”
From the vendor perspective, the KLAS report found that many have been scrambling to catch up to these new market demands. A few vendors who have been offering products and making refinements for several years are in a good position to meet this challenge. Others are struggling to get their systems and marketing efforts up-to-speed quickly.

Still a Long Way to Go
Although the pace of adoption and interest in CPOE has increased dramatically in the past two years, there still are a large number of providers that have to get on board. Less than a quarter of U.S. hospitals overall are live with CPOE, and only a few vendors have even half of their customer base live, KLAS reported.

With MU deadlines drawing closer every day, the incentive grows. And even though Stage 1 CPOE requirements are low, Buckley said providers should keep in mind the heavier demands coming with Stages 2 and 3 and plan accordingly.

Once providers clear the hurdle and get CPOE live and functioning properly to meet Stage 1, ramping up for the next stages should go more smoothly, he added. “The hardest thing is getting CPOE in place, which is what happens with Stage 1. Once providers get it in place, they should be able to handle Stage 2 or 3 requirements more easily.”

KLAS’ mission is to improve the delivery of healthcare technology by independently measuring and reporting on vendor performance. For information about the findings and vendors examined in “CPOE 2011 — The ARRA Effect,” visit www.KLASresearch.com or phone 800.920.4109.