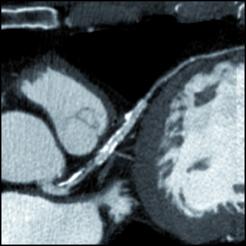 There has been growing clinical evidence to show computed tomography (CT) coronary artery calcium scoring shows a close correlation with a person’s long-term risk for heart disease. This data convinced the American College of Cardiology (ACC) to include CT calcium scoring in its revised guidelines for prevention and cholesterol released last fall. In addition, the ACC highlighted the evidence for CT calcium scoring as a late breaking session at its 63rd Annual Scientific Session in March.