Why an age-old, problematic hemostasis management test has remained on top in balancing patients between thrombosis and hemorrhage in the OR — and what’s being done to change it 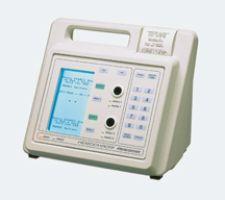 Technological advancements over the years have forced most OR methods used in 1964 into dusty, old history books and museums.
But there’s one test that is still the most widely used in hemostasis management — one that monitors high-dose heparin during surgeries that require intense anticoagulation measures, keeping patients balanced on the fine line between thrombosis and hemorrhage.
And according to Marcia Zucker, Ph.D., the Activated Clotting Time (ACT) test — despite its old age and unpredictability — will become obsolete before it gets changed.
“If you look through the literature, people are always saying how bad an ACT is,” she said. “But honestly, I don’t see anything that’s close to replacing it,” she said.
Dr. Zucker is the director of Clinical Research at ITC (Edison, NJ) and has focused much of her studies on hemostasis management.
The reason such a dated test has remained almost totally unchanged is because of patients’ varied responses to heparin and the high cost of producing clinical data for a more reliable test. Heparin is the only drug approved for use in the OR for anticoagulation.
“Showing that your test is as good as an ACT is not going to cut it,” Dr. Zucker said. “ACTs are cheap, they’re easy to run and everybody’s using them. Something that’s just as good is not going to make a big impact — it’s got to be better.”
Proving that is a daunting and expensive task, requiring an extremely large testing population.
“Heparin is not a single molecular substance — it has all sorts of different components, and every patient responds differently,” she said. “And because each patient reacts so differently, you can’t make predictions.”
Worse than that, Dr. Zucker said there is little or no standardization in the test itself. A result that you get in one test system can be very different clinically than the same results on another.
Measuring the Heparin Level
There is one challenger to the ACT that measures the exact amount of heparin in the patient’s blood — it’s called a Heparin Level test.
However, Dr. Zucker said there is no clear evidence that heparin level is directly related to thrombosis or bleeding, and the test is more expensive, difficult to run and less readily available than an ACT.
“The Heparin Level tells you how much heparin you have in the patient, but it doesn’t tell you how that amount is affecting the way the patient’s going to clot,” she said. “The ACT tells you how they’re going to clot, but it doesn’t tell you anything about a precise measurement of the amount of heparin.”
Despite the Heparin Level test’s small but clear following, Dr. Zucker doesn’t ever see it replacing the ACT.
“There’s a subset of folks that swear by that test and would not do surgery without it,” she said. “But I don’t think that the following has been changing in size in years. It goes up a couple of people, it goes down a couple of people, but nothing significant.”
Starting from Scratch
The only fathomable way of developing a more dependable hemostasis management test is to get heparin out of the picture altogether — which would, in turn, make the ACT obsolete.
“Everybody recognizes that heparin has a lot of problems, and there are a lot of different issues associated with heparin use,” Dr. Zucker said. “Simply put, heparin is not an optimal drug to use.”
Pharmaceutical companies are working to find a replacement for the drug — making the search for a better anticoagulation test that works with heparin an almost pointless endeavor.
“People are wondering why they should invest a lot of time, effort and money in a better mousetrap when we’re not going to have mice anymore,” she said.
Much of the efforts are focused on finding drugs that don’t require monitoring and cause less variation between patients. Still, the road to a heparin replacement that meets these requirements may be a long one.
“The problem with hemostasis in general, and coagulation specifically, is that there’s not a single straightforward system to analyze,” Dr. Zucker said. “Clotting itself is a very complicated process that involves the interaction of literally dozens of different clotting factors.” 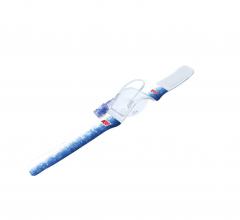 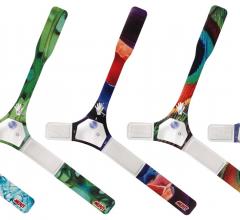 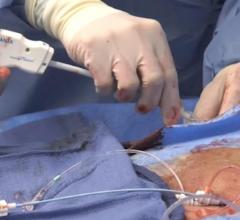 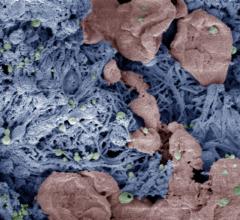 Nanoparticles (green) help form clots in an injured liver. The researchers added color to the scanning electron microscopy image after it was taken. Image courtesy of Erin Lavik, Ph.D.

News | Hemostasis Management | August 24, 2016
Nanoparticles That Speed Blood Clotting May Someday Save Lives
August 24, 2016 — Whether severe trauma occurs on the battlefield or the highway, saving lives often comes down to...
read more
News | Hemostasis Management | January 06, 2016
The Medicines Company Agrees to Divest Hemostasis Portfolio to Mallinckrodt
The Medicines Company announced Dec. 18 it has entered into a purchase agreement pursuant to which certain subsidiaries...
read more

VIDEO: Overview of Hydroxychloroquine and FDA Warning in its use to Treat COVID-19