How Biotechnology is Impacting the Treatment and Prevention of Heart Disease 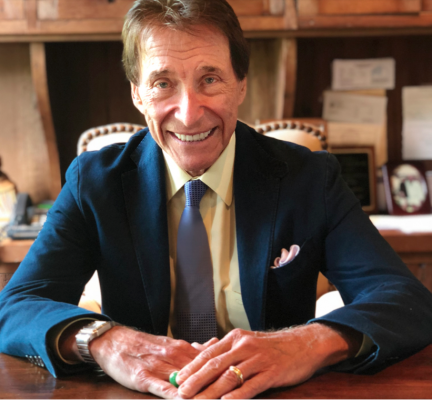 One of the key, early pioneers who helped bring coronary angioplasty to the United States in the late 1970s was Simon Stertzer, M.D. In this article he shares his views on the current direction and next steps in cardiovascular biomedical technology.

On March 1, 1978, Stertzer in New York, and Richard Myler, M.D., in San Francisco, each performed the first two coronary angioplasty balloon procedures in the United States.[1] This was just six months after the world's first angioplasty was performed by Andreas Gruntzig in Zurich, Switzerland. Gruntzig presented his first angioplasty cases at the American Heart Association (AHA) in November 1977, and found some enthusiasm among early American supporters for this new, non-surgical intervention. Stertzer pushed the limit of the early dilation balloons in his first case, treating a complex lesion in an older patient, which even Gruntzig shied away from. Stertzer's first cases, along with Gruntzig's and Myler's, were combined into the first-ever interventional cardiology multi-center study, which they presented at AHA in 1980. Stertzer was also involved in the first live case courses to teach early adopter cardiologists how to perform angioplasty procedures.

Stertzer was director of the catheterization laboratory at Lenox Hill Hospital in New York from 1971 to 1983. He served as the director of medical research and director of the cardiac catheterization laboratory at the San Francisco Heart Institute in Daly City, Calif., from 1983 to 1993, working with the institute’s director, the late Myler. In 1993, Stertzer was recruited to Stanford University’s School of Medicine as professor of medicine.

In 1984, Stertzer was a founder of the interventional device company Arterial Vascular Engineering (AVE). It was purchased in 1998 by Medtronic to form its interventional division. He was also involved with Quanam Medical Corp., founded in 1994, which developed polymer-coated stents used for drug delivery in coronary angioplasty. That company was acquired by Boston Scientific in 2001.

Today, Stertzer is professor emeritus at Stanford University School of Medicine and is a co-founder of BioCardia, which was created in 1999. He serves as chairman of the board. The clinical-stage regenerative biotechnology company is developing technology for the direct injection of stem cells and agents into the heart muscle, as well as personalized screenings to determine which patients are most likely to benefit from intramyocardial injection of therapeutic agents. Its main focus is in treatments of heart failure.

Question: Based on your career treating patients with cardiovascular disease, what are the biggest risk factors that contribute to the development of heart disease?
Answer: The biggest risk factors include high blood pressure, smoking, diabetes, lack of physical activity, obesity, poor diet, and critically, genetic and family history.

Question: You performed the first coronary balloon angioplasty in the United States. What have been some of the most successful innovations used to treat heart disease?
Answer: After the initial introduction of coronary angioplasty into Europe and the U.S., in 1978, we have seen an explosion of subsequent technology such as: stents (including drug-eluting stents), improvements in pacemakers and implantable defibrillators, percutaneous valve replacements without open chest surgery, and now, the beginning of stem cell introduction directly into the heart muscle to affect the course and symptoms of heart failure.

Question: There have been numerous examples of healthcare innovations enabling people to better monitor their health. A great example is the new Fitbit Charge 3 that tracks sleep apnea, which has been linked to heart disease. What are your thoughts on these types of devices as a means of tracking overall health and protecting against heart disease?
Answer: The diagnosis of sleep apnea, a significant risk factor for heart disease and arrhythmia (like atrial fibrillation), has traditionally been by sleeping partner observation or by spending a night in a specialized hospital setting requiring an overnight stay. This is a costly and highly disruptive process to diagnose sleep apnea. Thus, to the extent that we can obviate an overnight stay and still make accurate diagnoses of sleep apnea, these out-of-hospital aids could be excellent.

Finding the keys to cellular metastatic behavior (the spread of cancer) will drastically change the outlook for cancer sufferers, and hopefully eradicate early death rates. Devices will continue to aid orthopedic and neurological conditions, while biochemistry and artificial intelligence will continue to alter the course of many other chronic and fatal diseases.

Question: BioCardia is pioneering new advancements in the treatment of cardiovascular disease through the use of stem cells. How is BioCardia changing the way heart failure is treated?
Answer: Up until the present era, common varieties of heart failure have been treated with a variety of medications, exercise and activity restrictions, salt restriction, diuretics and various hormonal therapies designed to improve cardiac function.

Although these therapies relieve many of the symptoms of heart failure, they do not fundamentally improve the heart muscle itself. BioCardia is in a pivotal trial administering certain types of blood cells directly into the heart muscle from the outside of the body, using a specialized catheter system invented at the company laboratories in San Carlos, Calif.

These cells are the first generation of a future line of cells, gene products and other biologicals, the administration of which will change the course of heart failure and other diseases in the near future, in my opinion. The future of this therapy will improve cardiac function and may even regenerate heart muscle in the coming years.

Not only do we expect cell therapy to eventually regenerate diseased tissue, but we already are seeing replacements of heart valves using catheter procedures from the outside of the body, as well as improved pacemakers and implantable devices (in selected patients) designed to decrease the incidence of sudden death.

Question: Tell us more about the recent Phase III trial for BioCardia’s CardiAMP heart failure treatment. What is CardiAMP, and what do the results show?
Answer: The investigational CardiAMP therapy uses the patient's own (autologous) bone marrow cells to potentially stimulate the body's natural healing response through a minimally-invasive, catheter-based procedure.

The results are highly promising. In a recent viewpoint paper, the authors acknowledge that although the varying properties and potency of bone marrow-derived stem cells across patients are recognized, little focus has been put on the regenerative capacity of the patients themselves in determining outcomes.[3]

They point out that the pivotal CardiAMP-HF Trial is the first to incorporate a cell potency analysis and score in the screening criteria. BioCardia was highlighted as an example of personalized medicine, with promising results from the first 10 or so-called roll-in cases.