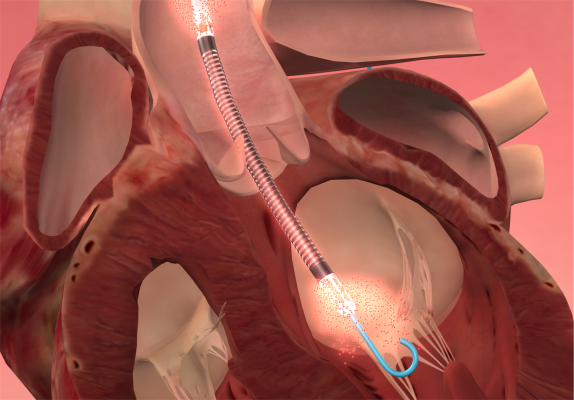 Early use of the Impella percutaneous ventricular assist device prior to angioplasty may significantly improve survival for patients in cardiogenic shock.

Cardiogenic shock results when the heart’s pumping function is severely depressed, leading to very low blood pressure and organ shut down due to the lack of perfusion. “Cardiogenic shock is a very lethal disease and even with angioplasty, 50 percent of the patients die,” said William O'Neill, M.D., FACC, FSCAI, medical director of the Center for Structural Heart Disease at Henry Ford Hospital, Detroit. “It is estimated that in 2016, 90,000 people came into hospitals with acute myocardial infarction (AMI) cardiogenic shock, so we have to come up with better treatments.”

O’Neill presented the study at ACC.17 in March and leads the Detroit Cardiogenic Shock Initiative, which implemented the study findings into clinical practice and saw a major drop in deaths. Abiomed created the Impella Quality (IQ) Assurance Database, a registry that collects and tracks clinical data on Impella devices. The IQ database has information on more than 50,000 U.S. patients treated with the Impella system. This includes 15,259 cardiogenic shock patients treated with the Impella since it was cleared by the U.S. Food and Drug Administration (FDA) in 2009.

The Impella pVAD has FDA PMA clearance for cardiogenic shock. However, it is only used in about 5 percent of AMI shock cases in the United States. “We looked at this data for outcomes from about 1,000 hospitals and there was a huge variation in outcomes,” O’Neill said. “About a third of hospitals had a very low survival rate, and a third had very good outcomes, so we looked at the data to what are the factors that are associated with improved outcomes.”

The study found the following protocols were the key ingredients for increased survival:

1. Need to use the Impella pVAD as early as possible.

2. The pVAD needs to be deployed inside a patient and the operation started prior to PCI.

3. Rapidly decrease the use of inotropic drugs.

5. Use a protocol using hemodynamic monitoring to guide escalation and weaning.

Taking these lessons into practice, metro Detroit cardiologists from five health systems joined together in 2016 in an attempt to increase the survival rate from heart attacks complicated by cardiogenic shock. They all agreed to use the common protocol with the Impella system. “We took those lessons and prospectively applied it to what we do in Detroit,” O’Neill explained. “The patients get identified quickly, they go to the cath lab, they get the Impella put in quickly, then the angioplasty is done after the Impella is in place, and then we try to rapidly wean the patient from vasopressor therapy.”

Between July 2016 and February 2017, the hospitals in the Detroit Shock Initiative treated 37 patients in cariogenic shock, resulting in an 85 percent survival rate. “I think that dramatically raises the bar,” O’Neill said. “It suggests that if institutions around the country apply this common protocol, they will have much better outcomes with patients in shock.”

Cardiologists have been trying to move the needle on heart attack survival rate for years and this initiative has been a huge success, added Thomas Lalonde, M.D., chief of cardiology at St. John Hospital, Detroit, another initiative participant.

There is no question in our minds that early circulatory support is critical to improve the chance of a successful outcome in these critically ill patients,” said Simon Dixon, M.D., chair of cardiovascular medicine at Beaumont Hospital, Royal Oak, Mich., one of the initiative hospitals.

O’Neill said a review of the observational data from the initiative show pVADs can be an effective tool to improve survival of cardiogenic shock and enable patients to keep their own hearts after events that may otherwise have resulted in chronic heart failure, a heart transplant or death.

For years, the focus on AMI has been to reduce the time it takes between a heart attack patient walking into the door of the hospital and when the blocked artery is reopened in the cath lab. Cath labs and their healthcare systems have spent a lot of time working on ways to shave off minutes to revascularization, so it seemed counter intuitive for cath labs to take the time to first implant a pVAD when they could sometimes reopen the occluded artery in less time.

However, that thinking is now beginning to change based on new clinical data showing that off-loading the heart and allowing it to rest by using a pVAD prior to percutaneous coronary intervention (PCI) may actually help improve outcomes. O'Neill said this can lead to a change in focus from door-to-balloon time to using a pVAD and reducing the door-to-support, or door-to-unloading, time.

“There is a lot of science literature suggesting that outcomes and myocardial salvage are better if you use the Impella and wait 30 minutes before you open up the artery, so now we are attempting to translate this to patients, and it does appear the mortality is better,” O’Neill said. “Anecdotally, we have seen a number of patients in our shock initiative who ended up with normal ejection fractions by the time of hospital discharge, which you never see in regular shock patients. Usually, if they survive, they end up with ejection fractions of between 25 and 30 percent. So, when you see someone like this walk out of the hospital with a 50 percent ejection fraction, it’s really unheard of.”

Use of IABP in Cardiogenic Shock

The gold standard for temporary, minimally invasive hemodynamic support for the past 40 years has been the intra-aortic balloon pump (IABP). The system's balloon uses ECG to synchronize with the heart’s rhythm to augment blood flow by inflating in the aorta to displace blood and aid organ perfusion. However, of the five randomized trials using balloon pumps in cardiogenic shock patients, none of have shown any advantage to using IABPs.

Advantages of Impella in Shock

The Impella device differs from an IABP in that is it takes over the majority of the pumping function of the heart. O’Neill said the device pulls the blood out of the ventricles, decreases the size of the ventricles and decreases wall tension. It also decreases the amount of work for the myocardium at a time when it is oxygen starved. He explained without direct hemodynamic support, the heart is unable to pump effectively.

Inotropes can be used to force the heart to pump harder, but O’Neill said it is the worst thing you can do for these patients with a blockage whose heart is already deprived of oxygen. “It jacks up the heart rate and increases contractibility, and dramatically increases oxygen demand, so by resting the heart with Impella, you decrease the demand on the heart and allow it to recover when you reperfuse,” he concluded.

Watch the VIDEO “Cardiogenic Shock Supported With Impella Shows Good Outcomes.” This is an interview with William O'Neill, M.D., at ACC.17.