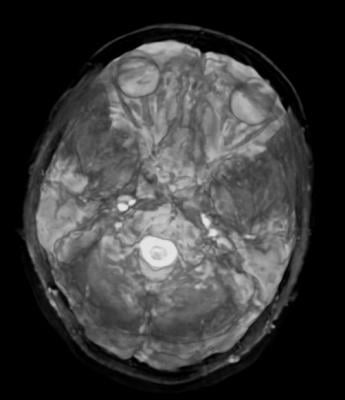 February 6, 2014 — The average age of installed MRI scanners in the United States has increased from 8.7 years in 2010 to 11.4 years in 2013, according to a new market research report by IMV Medical Information Division.
“The last spike of new MRI installations extended from 2002 to 2004,” said Lorna Young, senior director of market research at IMV. “The research finds that the market is ready for replacement of the older units that are at the end of their useful lives. Providers are also planning to take advantage of the wider bore sizes and higher magnet field strengths that are now available."
Survey results indicate 20 percent of all MRI users plan on purchasing a new system in the next three years, which is down slightly from 22 percent of MRI users reported by IMV in 2012. An additional 24 percent of users who responded with “maybe” on purchasing a new unit represent a significant but less certain potential market for MRI systems.
The main purchasers of MRI systems are hospitals with more than 200 beds and their associated imaging centers. Independent imaging centers, such as those owned by physician practices, have been particularly hard hit by the economic slowdown, and are especially concerned with managing their bottom line.
Survey respondents from imaging centers were more likely than hospital respondents to feel that reductions in Medicare and third-party reimbursements are causing their MRI revenue to decline in 2013. Consequently, although independent imaging centers comprise 36 percent of MRI sites, they comprise only 20 percent of the sites planning MRI system purchases.
MRI department administrators are experiencing a number of pressures, such as dealing with falling reimbursements, managing prior authorization processes, maintaining department accreditation and staying abreast of how changes in federal and state healthcare reform will impact their operations.
Meanwhile, purchases are motivated by technology improvements that facilitate speed, broaden the clinical applications to address referring physician needs and improve patient comfort. Going forward, three out of every four new MRI installations will have wide-bore widths of 70 cm or more.
Young noted that 1.5-tesla units are still the mainstay of the modality, representing more than 70 percent of all recently installed MRI systems. However, interest in very-high-field MRI units is continuing to grow, with 3.0-tesla units comprising more than 25 percent of planned MRI purchases.
IMV’s study estimates that 33.8 million MR procedures were performed in the United States in 2013, in 7,845 hospital and nonhospital locations. This represents an average growth rate of 2.8 percent per year from 32 million procedures in 2011. Respondents reported that reductions in reimbursements, from both Medicare and third-party payors, are causing their MR revenues to decline despite the slight increase in utilization.
The major categories for MR procedures are spine, brain and lower and upper extremity procedures, which together constitute 22.4 million, or two-thirds, of MR procedures in 2013. However, the areas with the biggest growth are breast, prostate, vascular (MR angiography) and pelvis and abdominal procedures, which together grew almost 50 percent from 5.3 million in 2011 to 7.9 million in 2013.
As a percentage of total procedures, the use of MR contrast media has stayed relatively constant, from 41 percent in 2001 to an estimated 43 percent of MR procedures in 2013, after a decline to 37 percent in 2011. In September 2009, the U.S. Food and Drug Administration (FDA) announced required changes to drug labels for gadolinium-based contrast agents (GBCAs) to minimize the risk of nephrogenic systemic fibrosis (NSF). The initial reaction to this regulation may be a possible reason for the downward dip in 2011 in contrast utilization, but its use appeared to be returning to pre-2010 levels in 2013.
IMV's 2013 MR Market Outlook Report describes trends in MR procedure utilization, the MRI system installed base and purchase plans, power injectors, contrast media utilization, capital and consumable budgets, site operations characteristics and respondent opinions about the factors affecting the future outlook for MRI. In this report, IMV also provides market scenarios for MRI unit purchases from 2013 through 2017. Vendors covered in this report include Bayer, Bracco, GE Healthcare, Hitachi Medical Systems, Mallinckrodt, Medrad, Philips Healthcare, Siemens Healthcare and Toshiba Medical Systems.
The report is based on responses from 450 MRI administrators nationwide. Their responses have been projected to the 7,845 U.S. hospitals and imaging centers identified by IMV that use fixed MRI systems or mobile service providers to perform MR imaging.
For more information: www.imvinfo.com