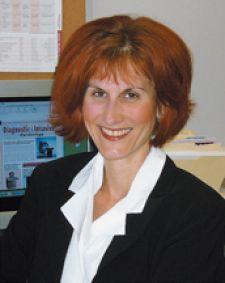 Ah, money, money, money — the Frankenstein monster that destroys souls.”
It’s one of many oddball lines from the zany 1930s Carole Lombard and William Powell comedy, “My Man Godfrey,” but it rings true for physicians and other clinicians who know all too well how money has often got healthcare by the throat.
Sometimes that’s evident in policies such as the President’s proposed budget for 2007 that would significantly cut healthcare spending. A flat budget allowance of $28.6 billion to the National Institutes of Health actually translates into a cut, argued AHA president Robert Eckel, after factoring in the inflation equation. It’s feared that spending for medical research, as well as funding for programs and ultimately — if you follow the logical trickle — medical device spending could all be adversely affected by the plan.
Quite naturally, money is frequently at the root, too, of device and technology spending decisions within the hospital or free-standing cath practice. At the end of the day those decisions, just like a Federal budget cut or freeze, impact those on the receiving end of cardiovascular treatments and procedures — the vulnerable patient whose life is on the line.
I sensed that money was definitely involved in the adoption rate of a technology discussed in this issue.
One of the “keynote” features we present is medical device consultant Larry Sieb’s investigation into magnetic navigation and its effectiveness in certain PCI and ablation procedures. When I read that one physician had successfully accomplished in 30 minutes what others had failed and abandoned after more than two hours, I thought: This sounds like a remarkable and reliable alternative to the traditional angiographic technique.
But it begged the question: If accuracy and throughput for some PCI and ablation procedures can be enhanced through application of this technology versus traditional angiography, why are only 40 facilities worldwide utilizing it?
To this Larry offered a few comments.
“Historically,” he said, “EP labs have received the cast-off equipment from the PCI labs. Budgeting a new system for EP labs is a relatively recent phenomenon driven primarily by increased procedures, which have increased the clout of the EP docs. Until this year, there has not been a driving application. But with the approval of the new ablation, magnetic navigation can now address the bulk of EP procedures, diagnostic, lead placement and now ablations. Dr. Tomasonni (a source in Sieb’s article beginning on page 26) will approximately double the number of magnetic- guided procedures in his rooms with just ablations.
“PCI is a little tougher since, at best, magnetic guidance could increase the number of patients in these labs by about 25 percent. That seems significant until one considers that magnetic guidance just about doubles the cost of a cath lab.”
Sieb explained that EP physicians are especially keen on magnetic navigation because it eliminates their exposure to radiation and the need to wear lead during procedures. He said PCI doctors are less convinced of its advantages, though as the number of cardiologists declines compared to the “exploding” number of patients, adoption of magnetic navigation is likely to climb. Till then, Sieb believes the majority of magnetic systems will be installed in either EP or combo EP/PCI labs.
Thanks for reading!