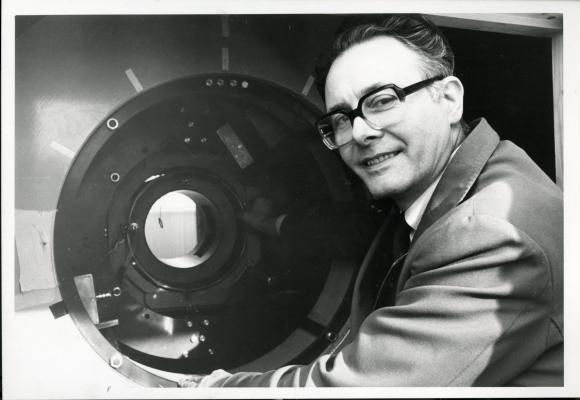 Sir Peter Mansfield during the original MRI trials. Image courtesy of the University of Nottingham. 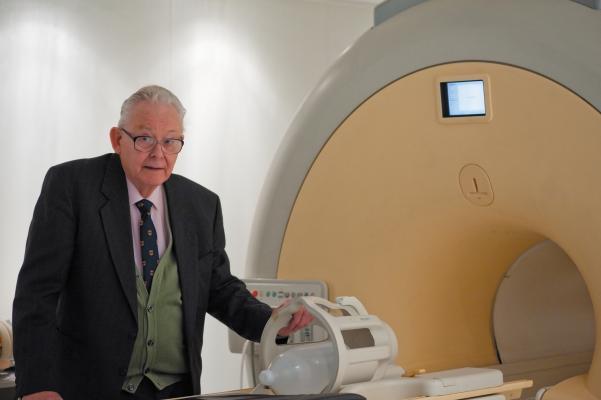 Sir Peter Mansfield with the MRI scanner as it looks today. Image courtesy of the University of Nottingham.

February 9, 2017 — Sir Peter Mansfield, FRS, whose research aided the development of magnetic resonance imaging (MRI) in the 1970s, passed away Feb. 8 at the age of 83.

Mansfield and American physicist Paul Lauterbur were co-winners of the 2003 Nobel Prize in Physiology or Medicine for their roles in the development of MRI. Specifically, Mansfield discovered a method for precisely calculating differences in resonance signals using magnetic gradients to produce clearer images. This led directly to the creation of echo-planar imaging (EPI), which reduced MRI image processing time from one hour to less than one second. This technique forms the basis of functional MRI (fMRI) and greatly advanced the technology’s clinical use. In 1978, Mansfield became the first person to step inside a whole-body MRI scanner to serve as his own test subject.

Mansfield was born Oct. 8, 1933, in London. He left school at age 15 and began teaching physics at the University of Nottingham in 1964, retiring in 1994. The university’s medical imaging center was recently renamed the Sir Peter Mansfield Imaging Centre in his honor.

Following retirement, Mansfield continued to help advance the field of MRI, focusing on reducing the acoustic noise levels generated by the gradient coils when pulsed in EPI. He also was concerned with the effects of the electrical fields produced during MRI scans. “Electric fields are responsible for neural stimulation induced in patients when being imaged. Currents flowing within the patient may induce peripheral muscular twitch for relatively mild stimulation levels. However, for larger and faster gradients applied to the thorax, induced cardiac fibrillation is a real and serious danger,” he said in an autobiography written for the Nobel Prize website.

In a statement from the University of Nottingham, Vice-Chancellor Prof. Sir David Greenaway said, “Few people can look back on a career and conclude that they have changed the world. In pioneering MRI, that is exactly what Sir Peter Mansfield has done, he has changed our world for the better. As a scientific leader and a highly prized colleague, he will be greatly missed in our university. But, he has left an extraordinary legacy, which will continue to inspire others to change the world.”

Mansfield is survived by his wife Jean, two daughters and four grandchildren. In a statement, the family said, "As well as being an eminent scientist and pioneer in his field, he was also a loving and devoted husband, father and grandfather who will be hugely missed by all the family.”