SCAI disputes findings due to missing information for a fair comparison 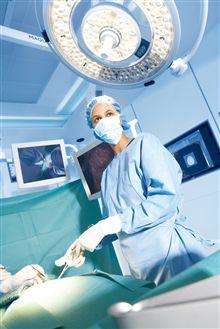 The National Institutes of Health (NIH)-supported ASCERT study showed while there were no survival differences between the two groups after one year, after four years the CABG group had a 21 percent lower mortality. The study reviewed mortality rates at one and up to five years after angioplasty or surgery in Medicare patients age 65 and older based on administrative data from the Centers for Medicare and Medicaid Services (CMS) and registry data from the American College of Cardiology (ACC) National Cardiovascular Data Registry (NCDR) and the Society of Thoracic Surgeons (STS) database.

"In the United States, cardiologists perform over a million revascularization procedures a year to open blocked arteries. This study provides comprehensive, large-scale, national data to help doctors and patients decide between these two treatments," said Susan B. Shurin, M.D., acting director of the NIH's National Heart, Lung, and Blood Institute (NHLBI), which funded the study.

Comparative effectiveness research results provide information to help patients and health care providers decide which practices are most likely to offer the best approach for a particular patient, what the timing of interventions should be and the best setting for providing care.

In CABG, the most common type of heart surgery in the U.S., blood flow to the heart muscle is improved by grafting a healthy artery or vein from another part of the body to bypass the blocked coronary artery. PCI is less invasive, in which blocked arteries are opened with a balloon and a stent is placed to keep the vessel open.

With NHLBI support, the American College of Cardiology Foundation (ACCF) and the STS came together to compare short- and long-term survival outcomes after CABG versus PCI. The investigators linked medical data available in their ACCF and STS databases with follow-up information in the Medicare Provider Analysis and Review database of the Centers for Medicare and Medicaid Services.

At one year there was no difference in deaths between the groups (6.55 percent for PCI versus 6.24 percent for CABG). However, at four years there was a lower mortality with CABG than with PCI (16.41 percent versus 20.80 percent). This long-term survival advantage after CABG was consistent across multiple subgroups based on gender, age, race, diabetes, body mass index, prior heart attack history, number of blocked coronary vessels, and other characteristics. For example, the insulin-dependent diabetes subgroup that received CABG had a 28 percent increased chance of survival after four years compared with the PCI group.

"This landmark data-sharing collaboration between the American College of Cardiology Foundation, the Society of Thoracic Surgeons and the Duke Clinical Research Institute allowed researchers to conduct the most comprehensive real-world observational comparative effectiveness study on this topic to date," said Michael Lauer, M.D., director of the NHLBI division of cardiovascular sciences.

The Society for Cardiovascular Angiography and Interventions (SCAI) released a statement following the ACC presentation. The society said two major points must be highlighted about this trial to ensure the results are clearly interpreted. The organization said the registry data used in this study were self-reported and not held to the same rigorous standards associated with collection of randomized clinical trial data. SCAI pointed out this was stressed by the ASCERT investigators, who emphasized these results should be interpreted in context with other existing data.  SCAI said contemporary randomized clinical trials, including SYNTAX, found PCI patients have early improvement in quality-of-life compared to CABG patients, and similar long-term risks of death, heart attack and stroke. Data consistently show PCI to be a safe and effective option for patients. When considered in the context of other studies, ASCERT is an outlier, with the most likely reason being the use of registry data.

SCAI also said the limitations of this study were considerable. Important patient characteristics known to influence survival were not measured or studied. Patient frailty, a recent diagnosis of serious malignancy, cognitive dysfunction and many other clinical factors may lead a surgeon to advise against surgery; such patients are typically treated with PCI because PCI offers relief of symptoms without open-chest surgery and its attendant risks. The two registries used in the ASCERT study did not collect information about these and many other such factors. The ASCERT investigators noted that the presence of just one such confounder could potentially explain the observed differences in mortality.

Some factors that increase procedural risk were likely accounted more often in CABG than in PCI patients, reducing the ability to adjust risk fairly. When patients are referred for CABG, they commonly undergo lung function and carotid artery disease testing. Such testing is not done before PCI. As a result, the PCI registry may not contain information on diseases present but not known to the operators at the time of PCI. When risk adjustment is done, this imbalance in information favors the CABG patients.

The effect of patient preference is also not unknown, SCAI said. Many patients are told by their cardiologist that they need open-heart surgery, but they refuse to undergo it. Older patients are especially likely to refuse unwanted surgery. In these patients, PCI is often performed to control symptoms. We would expect these patients to have higher risk during follow up, but there is no way to know how many patients like this were included in the ASCERT study.

All-cause mortality in a generally very sick, elderly population does not lead to distinct conclusions. The study does not account for how a patient died, but rather whether they were living after a set amount of time. Future studies should evaluate cause of death to draw more concrete conclusions about the tie between PCI or CABG and death.

“SCAI looks for opportunities to improve how patients are treated, and that’s why we’ve been involved in this trial. But it’s critical to note a major flaw in the ASCERT study was comparing ‘apples to oranges.’ It looked at a specific subset of very sick, older patients and did not take into account a variety of factors that could have affected these data,” said Christopher J. White, M.D., FSCAI, SCAI president and chairman, department of cardiology and director of the Ochsner Heart and Vascular Institute, Ochsner Medical Center, New Orleans. “PCI is not only a safe and effective treatment option for patients, it often is the only treatment available to patients too sick or too frail to have open heart surgery. PCI is the gold standard of care for heart attack victims and in multiple randomized trials has been shown to be as effective as CABG.”

ASCERT did not evaluate quality of life. The recovery period and quality of life (i.e., the ability of patients to return to normal activities, especially living independently but also doing things they once enjoyed) are not factored in to ASCERT conclusions. Many PCI patients are discharged after brief hospital stays, whereas CABG patients’ recovery times may be several weeks in the hospital with overall recovery times that vary widely. For sicker and older patients this can be a significant and costly element of overall care. For many of these patients and their families, maintaining quality-of-life and independence are of utmost importance and should be considered as part of the care continuum, SCAI said.

“This study did not provide a direct comparison and as a result, these data should not change how patients are currently treated,” said Kirk Garratt, M.D., M.Sc., FSCAI, associate director of the division of cardiac interventions, clinical director of interventional cardiovascular research, and director of process improvement and quality, Lenox Hill Heart and Vascular Institute, New York. “No one has CABG surgery if they’re told to have PCI or if their surgeon doesn’t want them to have it. ASCERT showed that when patients are selected for CABG surgery and have it, they do well. Unfortunately, the PCI group was a mixture of patients advised to get PCI and patients advised to get CABG, so we can’t compare how ideal CABG candidates compared with ideal PCI candidates. The limitations of ASCERT, together with the body of data showing CABG does not have a survival advantage over PCI, should be heavily considered by all who evaluate this study and by those considering how to conduct such comparisons in the future.”