Bill now being considered by the House 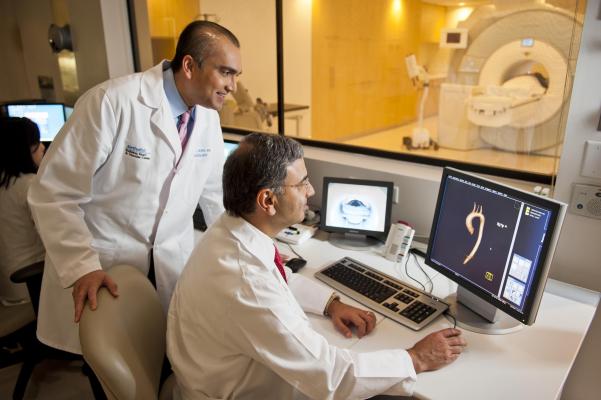 September 30, 2013 — The U.S. Senate passed legislation Sept. 26 to reauthorize, extend and improve operations of the Federal Helium Reserve in Texas, which will guarantee a stable supply of the gas used for cooling magnetic resonance imaging (MRI) systems.

The Senate’s approval of HR 527, the High Tech Jobs Preservation Act, by a vote of 97-2 is a big step toward providing greater assurance of access to domestic supplies of refined helium, and was applauded by both the National Electrical Manufacturers Assn. (NEMA) and the Medical Imaging and Technology Alliance (MITA). Both groups called for the House of Representatives to vote as soon as possible for final passage of the bill.

Helium is a critical component used in the operation MRI machines. The systems must be regularly replenished with helium in order to maintain normal operating temperatures.

The Federal Helium Reserve is a federal facility that provides about 42 percent of U.S. crude helium and about 35 percent of the world’s demand. The bill authorizes the reserve to sell helium to private entities. If Congress fails to act on any helium legislation before Oct. 7, the Federal Helium Reserve will cease operations. U.S. users of helium acquire much of their supply via industrial gas refining companies associated with the reserve.

In a statement from the White House, the impending abrupt shutdown of this program would cause a spike in helium prices that would harm many U.S. industries and disrupt national security programs. Instead, the substitute amendment would provide for an orderly transition of the federal government out of the helium market. The government originally created the reserve in the 1920s because of the limited supply of helium and its use at the time for military dirigibles and blimps. Today, helium is an essential for the aerospace industry, computer chip and optical fiber manufacturing, for medical uses including MRI magnet cooling, lung tissue visualization, heart catheterization methods and medical lasers, and aluminum helium arc welding. Helium is also used in national defense applications such as rocket engine testing and purging, surveillance devices, air-to-air missiles and scientific balloons.

“The passage of this legislation will safeguard patient access to critical magnetic resonance imaging (MRI) scans that are used to detect, diagnose and treat disease, facilitate medical research at academic institutions around the country that are spearheading life-saving innovations and prevent a needless disruption to the U.S. economy that would have put millions of jobs at risk,” said Gail Rodriguez, executive director of MITA, in a statement.

"I commend Senators Ron Wyden (D-OR) and Lisa Murkowski (R-AK) for their leadership in reaching a compromise proposal that addresses the priorities of industrial end users of helium, including manufacturers of magnetic resonance imaging equipment and solid-state lighting,” said NEMA President and CEO Evan R. Gaddis in a statement. “I urge the House to act on the Senate-passed bill as soon as possible this month.”