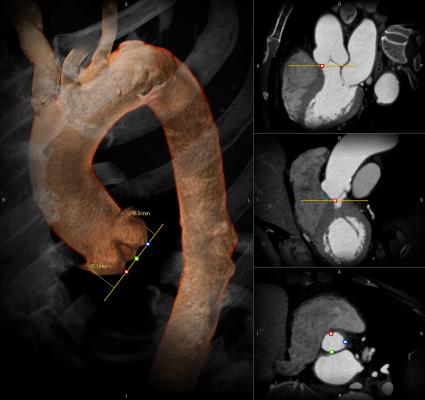 February 17, 2014 — A team of interventional cardiologists and cardiovascular surgeons at The University of Texas Health Science Center at Houston (UTHealth) and Memorial Hermann Heart & Vascular Institute-Texas Medical Center performed Texas’ first transcatheter aortic valve replacement (TAVR) under conscious sedation using the Edwards Sapien valve.
Conscious sedation, in which the patient is awake and able to communicate with physicians during the procedure, is now used in many TAVR cases in Europe but is much less common in the United States.
The procedure circumvents an anesthesiologist inserting a breathing tube for general anesthesia. Conscious sedation can mean less recovery time, a shorter hospital stay and cost savings, physicians have reported. For traditional surgical aortic valve replacements, the hospital length of stay is five to six days. By comparison, the length of stay for TAVRs in Europe can be as low as one to two days.
Aortic valve stenosis, which affects approximately 300,000 Americans, is an age-related disease resulting from calcium deposits in the valve that cause it to narrow and stiffen. As it becomes harder to pump the blood to the rest of the body, the heart weakens. Patients experience fainting, chest pain, heart failure, irregular heart rhythms and cardiac arrest. Without treatment, patients usually die within two years of diagnosis.
This first case in Texas on Jan. 9, 2014 went so well that when patient Clifford Reed’s wife Helen arrived at the hospital a day after her husband received his new aortic valve, he was dressed and ready to go home. His doctors elected to keep him one more day for monitoring.
“We're not removing a tooth or sewing up a wound under conscious sedation, but doing a procedure that in the past required stopping the heart, placing the patient on cardiopulmonary bypass, removing the aortic valve, and suturing a new valve into place,” said Tom C. Nguyen, M.D. assistant professor of cardiovascular surgery at the UTHealth Medical School and cardiothoracic and vascular surgeon at the Institute. “In essence, we're doing heart surgery while the patient is partially awake.”
Replacing the aortic valve is traditionally done in surgery in the United States, but some patients are not candidates for surgery. TAVR, which is done via a catheter inserted into an artery, has been studied in Europe and the United States for more than a decade in frail patients who are inoperable or at high risk for open surgery.
Doing the procedure under conscious sedation was a natural next step.
“As our population ages, more and more of us are going to have these kinds of conditions and the less invasively we can manage them, the better these patients will hopefully be in the future,” said Prakash Balan, M.D., assistant professor of interventional cardiology at the UTHealth Medical School and part of the Institute team performing the procedure.
“With this procedure, we were able to put in a new valve while the patient was awake in about an hour and 10 minutes, so that’s a huge advance,” said Richard W. Smalling, M.D., Ph.D., the James D. Woods Distinguished Chair in Cardiovascular Medicine and director of interventional cardiovascular medicine in the Division of Cardiology at UTHealth and the Institute.
As he was wheeled out of the catheter lab, Clifford Reed, who is 87, told Nguyen and Balan that he was “feeling a lot better now.”
His wife noticed an immediate change.
“Before he used to be light-headed and he wasn’t sure on his feet. He also had a lot of chest pain,” Helen Reed said. “Now his chest isn’t hurting and he’s doing great. It’s a miracle.”
For more information: www.uth.edu 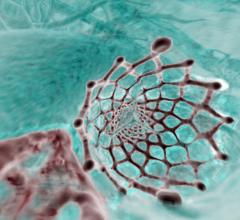