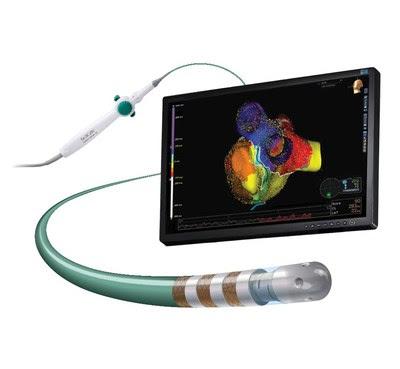 Arrhythmias develop when electrical signals that regulate heart rhythms become disrupted or change, making the heart develop an irregular heartbeat. A patient with AF is at increased risk for stroke because the rapid heartbeat can let blood pool in the heart, which can cause clots to form and travel to the brain. To restore optimal electrical signals in the heart, ablation catheters deliver radio-frequency energy to cardiac tissue, creating small scars or lesions to areas responsible for generating arrhythmias. Not all ablation technology is the same, however, and recent research has continued to show the importance of applying optimal contact force to the heart during ablation procedures. Too much pressure applied to heart tissue can result in complications, yet if not enough pressure is applied the lesion may not be effective enough to stop the erratic signals in the heart.

The device is an update to the TactiCath Contact Force Catheter family. The clinical evidence show use of optimal Contact Force-guided AF ablation with the TactiCath Quartz catheter resulted in clinical success in 85.5 percent of patients and fewer post-ablation clinical events, translating to a 15 percent reduction in post-ablation management costs ($3,402 savings per patient) in the year after ablation versus patients treated with a non-contact force ablation catheter.

The magnetic sensor of the catheter integrates with the Abbott EnSite Precision cardiac mapping system, providing the ability to collect both magnetic and impedance (resistance) data so physicians can create more life-like models of the heart. It also uses the Abbott FlexAbility catheter platform's advanced ergonomic handle-shaft combination, which is designed for reach, maneuverability and 1:1 torque.

When utilized with EnSite Precision, the TactiCath Contact Force Ablation Catheter, Sensor Enabled can improve workflow efficiency in the lab. The system enables automated guidance of lesion marking, verification of the ablation catheter stability, the ability to automatically record the precise location of the catheter tip during radiofrequency energy application, the capability to add mapping points based on Contact Force, and the ability to review and identify any potential gaps by viewing specific lesions from the display list.

Currently the TactiCath Contact Force Ablation Catheter, Sensor Enabled is available in select markets in Europe, with full market release expected in the third quarter. Abbott is pursuing approval in the U.S.