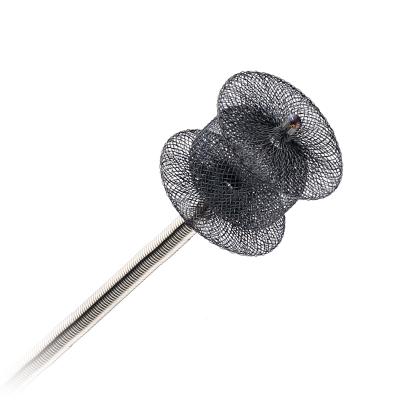 September 5, 2017 — Abbott announced it has initiated a U.S. pivotal clinical study evaluating the safety and effectiveness of a modified version of its Amplatzer device designed to correct patent ductus arteriosus (PDA), a common congenital heart defect.

PDA is a life-threatening vascular pathway, or duct, in the heart that remains open due to failure of the fetal duct to close after birth. The duct, which serves as a bridge between blood vessels and is located between the main two arteries exiting the heart, is present in normally developing fetuses and typically seals itself after birth. In some cases, primarily in premature babies, the PDA fails to spontaneously close, which can result in serious difficulty breathing and inability to feed — two critical tasks for newborn babies.

Abbott is developing the Amplatzer Duct Occluder II Additional Sizes (ADO II AS) device, which is already approved for use in Europe, with the goal of providing physicians with a nonsurgical treatment option for closing the PDA defect in newborns and pre-term infants. The wire mesh device is placed non-surgically through a catheter inserted through the leg and guided through vessels to the heart, where it is placed to seal the duct. The new device is similar to the Amplatzer Duct Occluder II product, available in larger sizes.

"Patent ductus arteriosus is one of the most common heart defects, accounting for 5 to 10 percent of all congenital heart disease," said Evan Zahn, M.D., director of the Guerin Family Congenital Heart Program and director of the Division of Pediatric Cardiology at the Cedars-Sinai Heart Institute in Los Angeles, and principal investigator for the study. "Surgery has many risks in this delicate population and a minimally invasive approach is desperately needed."

Pharmaceuticals can sometimes be used to promote closure of the duct, but are less effective in pre-term infants. For pre-term infants not responsive to pharmaceuticals, current treatment options are limited to surgery, which is not always possible, or to leave the duct open, which is not optimal for young infants. When the duct remains open, blood is redirected away from the body to the lungs and heart. Left untreated, the condition can lead to serious complications, including heart and kidney failure, damage to the intestines, bleeding in the brain, altered nutrition and growth, and ultimately, becomes a risk factor for chronic lung disease and death.

The ADO II AS trial is a single-arm, prospective, multicenter, non-randomized clinical investigation designed to characterize the safety and effectiveness of the ADO II AS device in patients with a PDA who are more than three days old. Co-primary endpoints are the rate of major complications through 180 days after an attempted implant, and the rate of effective closure of the ductus arteriosus among patients with a successful implant at six months. The secondary endpoint is the rate of significant obstruction of the pulmonary artery or aorta through six months.

The study will enroll approximately 50 patients at up to 10 centers across the United States. The first seven patients were enrolled at Le Bonheur Children's Hospital in Memphis, Tenn., and treated by Shyam Sathanandam, M.D., associate professor at the University of Tennessee.

If successful, the U.S. trial results will support Abbott's application for U.S. Food and Drug Administration (FDA) approval for pediatric use in the U.S.