Findings reveal AFib patients are fearful of complications from the condition, but not all are treating their AFib quicky after diagnosis 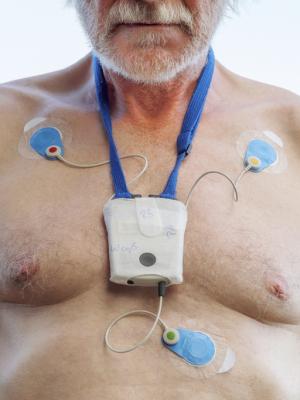 AFib is the most common type of cardiac arrhythmia and impacts nearly 40 million people worldwide1, and 6 million people in the U.S. alone2. The U.S. cases are expected to increase to 16 million by 2050. 3 Today, about 1 in 4 adults over the age of 40 are at risk for developing AFib. 4 Despite these projections, many people are unfamiliar with AFib symptoms, available treatment options and the importance of early treatment to avoid disease progression.

Among adults diagnosed with AFib, survey responses revealed that more than a quarter live with fears and anxiety about the progressive nature of the disease, but in many cases lack a sense of urgency to treat following their initial AFib diagnosis. In fact, responses revealed:

One-third are fearful of having a stroke, heart failure or blood clot. However, a quarter of patients did not get their AFib treated immediately after diagnosis, and 44% of patients have ended up in the emergency room due to their AFib.

AFib patients feel they are informed of their treatment options (91%) and most (80%) say their doctor has discussed these options with them. Almost all are aware of blood thinners (99%) and medications (95%), and a majority are aware of lifestyle changes (82%). However, only slightly more than half are aware of catheter ablation (57%) and cardioversion (55%) procedures.

The survey revealed adults 55 years and older have a general awareness of AFib, though it's not top of mind when they visit the doctor themselves. Insights include:

More than half (57%) responded they are aware of AFib with a third revealing they know someone who has been diagnosed. A fifth said they are a caregiver to someone with AFib.

After being shown a description of risk factors and symptoms of AFib, 58% of adults 55+ considered themselves to be at risk.

After an AFib diagnosis, there are multiple treatment options available to patients. Medication is often the first step. If medication is not effective in treating AFib, the cardiologist will often refer patients to an electrophysiologist (EP) who will suggest other treatment options, such as catheter ablation.

"Once an AFib patient is referred to an EP, we work together with their physician or cardiologist to discuss their current patient pathway," said Dr. Dhanunjaya Lakkireddy, electrophysiologist and the medical director for the Kansas City Heart Rhythm Institute at HCA Midwest Health. "Once it is determined that medications aren't an effective form of treatment, we discuss other options such as catheter ablation to help the patient return to their life before AFib."

Catheter ablation is a safe and effective procedure to restore the heart's incorrect electrical signals, which causes abnormal heart rhythm5. Quality of life has been shown to improve after catheter ablation compared to drug treatment for AFib6. Among patients with symptomatic AFib, catheter ablation, compared with medical therapy, led to clinically important and significant improvements in quality of life at 12 months.5 In addition to potentially improving well-being, the procedure can reduce several life-threatening conditions associated with AFib, including stroke. These findings can help guide decisions regarding management of AFib.