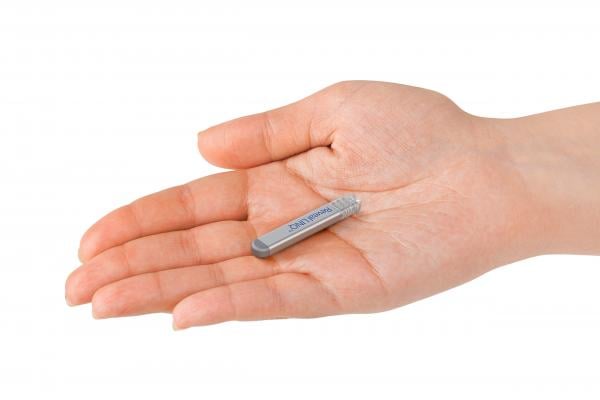 New cardiac monitoring technologies allow for longer duration data collection. The Medtronic Reveal Linq implantable cardiac monitor allows for 24/7 monitoring for up to three years. This might not be necessary for most patients, and there are several newer Holter monitors that can record up to several days or several weeks of data in real-time.

New patient monitoring technologies with wireless connectivity have enabled a revolution in cardiac event and Holter monitoring in the past few years. These technologies have expanded the ability of physicians to monitor patients for weeks, months or years, rather than the standard 24 to 48 hours. This is important, because cardiac arrhythmias often occur as sporadic episodes and traditional monitoring technologies miss these events. Some monitors also only record small segements of data instead of the entire day, offering snapshots of the patients health.

Short-duration event monitors and Holters only offer a limited snapshot of the patient's health, similar to a GIF file moving photo of only a few frames, as compared to an actual video that can show an entire event. You get an idea of what is going on from a GIF, but a video offers a complete view of what is taking place. Event monitors that are patient-activated only show data from when a patient is symptomatic and presses the record button. These monitors can miss relevant clinical data for cardiac activity that is not detectable by the patient, or which occur while a patient is sleeping.

This limited data can be further compounded by how the devices record cardiac data. In the past, due to limited data storage and battery power requirements, cardiac recorders would only capture data when a patient pressed a button, or only recorded and saved snapshot waveform segments for 30 seconds around a recorded event. It did not include data during the days or hours of additional time when nothing appeared to be going on, but cumulative data on heart rate and other data points could have aided in a better understanding of what led to events or might have hinted at underlying cardiac issues. Today's technologies now allow for recording, storing and/or wireless streaming all data while a patient has a monitor, 24/7.

It is true this is a lot of data, but smart algorithms and artificial intelligence are now being leveraged to sift through this data to pull out what is important for clinical review. Also, this global data can be used to improve diagnoses because it offers a full timeline on what is going on with the patient's cardiac activity over the long term.

From a statistical standpoint, it is basic science that more data points offer a more accurate picture of what you are studying. For cardiac data, recording a couple intermittent events or one-two days of Holter data offers less data than what can be recorded over days or weeks of 24/7 monitoring. Yes, a diagnosis can be made with this traditional short-term monitoring in many patients, but there are a lot of patients where no events occur in the short period the patient has the recording device.

Here is a recent example of one such patient. I have a good friend who suffered a stroke earlier this year. He made the door-to-tPA time well within guidelines and made nearly a full recovery. His MRI revealed this stroke was just the most significant event that occurred to date. The imaging showed small brain lesions from several past mini-strokes. Echo showed no holes in the heart or any atherosclerosis in the carotids. His CT calcium score was excellent, indicating he has no history of atherosclerotic lesions causing clots. His ECG and Holter monitoring showed no arrhythmias. He immediately made lifestyle changes in what he ate, started losing weight and greatly improved his cholesterol. His CHADS score was low and cardiac monitoring did not show anything, so he was not put on anticoagulation therapy.

However, nine weeks later he suffered a second significant stroke requiring tPA and several days of hospitalization. It is suspected that he has transient episodes of atrial fibrillation (AF) that are spread weeks or months apart. His cognition is fine, but the speech center of the brain was impacted by the latest stroke in April, causing him to have serious issues typing and trying to find common words to explain things in conversation. It took a little convincing, but he received a subcutaneous Reveal LINQ implantable cardiac monitor that will now monitor his heart over the next couple years to collect enough data to shed light on what is going on. The Linq has been able to detect AF episodes in patients sometimes several months or a year into monitoring that were missed using short-term monitoring.

I believe clinical grade-monitors with constant recording and monitoring of the data can benefit patients like my friend.

The idea of a small, easy-to-use wearable device that constantly records patient data and uses automated algorithms to analyze the information to show the statistics in an easy-to-read format and offers feedback might be something new to cardiology. But, this concept is already a common occurrence in consumer-grade health monitors. The argument has been raised in several sessions I have sat in on at various cardiology meetings that consumer-grade devices are not Holter or event monitors so should not be treated as such. However, some researchers have put this argument to the test to see if the big data generated by these consumer devices might one day be used to better monitor patients in a new type of physician-patient engagement.

The most recent study of this type was presented at Heart Rhythm 2018, where wrist-worn wearable devices (Apple Watch Series 2, Samsung Galaxy Gear S3 and the Fitbit Charge 2) were used to measure induced paroxysmal supraventricular tachycardia (PSVT). The accuracy of the wearables at detecting baseline heart rate within 5 bpm was 100 percent.

In another study presented at Heart Rhythm 2017, the use of an artificial intelligence (AI)-based algorithm helped boost the monitoring sensitivity of the Apple Watch's heart rate sensor to detect atrial fibrillation. With a 12-lead ECG as a reference standard, the AI-enhanced Apple Watch technology correctly detected AF with an accuracy of 97 percent.

Read the article “How Smartphones and Apps May Change the Face of Healthcare.” This discusses the impact wearables may have in cardiac patient monitoring.

This is Part II of a series of blogs on advances in cardiac monitoring technology. Read the other blogs in the series: