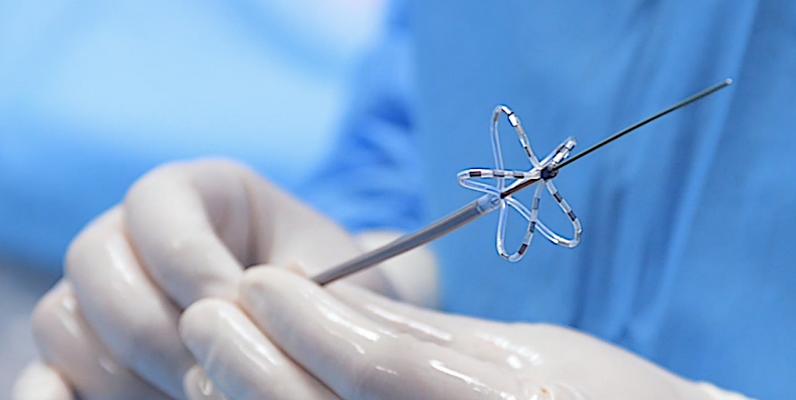 September 23, 2020 — Boston Scientific Corp. signed an investment agreement with an exclusive option to acquire Farapulse Inc., a privately-held company developing a pulsed field ablation (PFA) system for the treatment of atrial fibrillation (AF) and other cardiac arrhythmias. This PFA system – comprising a sheath, generator and catheters – is intended to ablate heart tissue via the creation of a therapeutic electric field instead of using thermal energy sources such as radiofrequency ablation or cryoablation.

Patients with AF, a common heart rhythm disorder that affects more than 33 million people globally, are often treated with anti-arrhythmic drugs as well as cardiac ablation.[1] Electrophysiology (EP) ablation therapy is the process of delivering energy to areas of the heart muscle responsible for creating an abnormal heart rhythm. The Farapulse platform employs an ablation modality based on pulsed electric fields, also referred to as irreversible electroporation, that generates zones of ablated cardiac tissue to interrupt the irregular electrical signals that can cause AF. This technology is designed for physicians to precisely ablate tissue and, in turn, spare nearby tissue from unintentional ablation.

"The tissue-selective Farapulse PFA technology is a promising energy source for cardiac ablation – including pulmonary vein isolation – with recent study results demonstrating the effectiveness of the ultra-rapid approach," said Allan Zingeler, president and chief executive officer of Farapulse. "This next chapter in our collaborative relationship with Boston Scientific will further accelerate our progress towards regulatory approval so we can bring this pioneering system to market."

Farapulse is pursuing regulatory approval in the U.S. and received FDA Breakthrough Designation for its endocardial ablation system in May 2019. The designation is intended to help patients receive more timely access to products that may provide a substantial improvement over existing therapies. The company intends to initiate a pivotal investigational device exemption (IDE) trial in the U.S. and is pursuing CE mark approval in Europe.

The Farapulse platform is an investigational device and not available for sale.

Pulsed field ablation is also referred to electroporation because its creates the opening of pores in the cell walls that lead to the destruction of the cell. Experts in EP ablation have said the technology has the potential for more efficient ablation compared to the current standards of heat or cold ablation technologies.