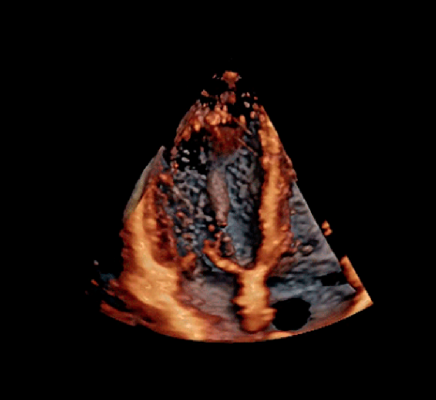 June 16, 2017 – Two research studies presented at the American Society of Echocardiography (ASE) 2017 scientific sessions looked at different athletic groups and the usefulness of echocardiography to study the effect of athletic training on heart function. One study focused on American-style football (ASF) athletes who play at the lineman position, while the other aimed to understand how the heart changes in recreational marathon runners.

Researchers at Massachusetts General Hospital, Boston, and Harvard University, Cambridge, Mass., sought to determine the relationship of blood pressure changes and the development and regression of concentric left ventricular hypertrophy (thickening of the heart muscle) in athletes during and after their ASF careers at the lineman position. ASF linemen, at a National Collegiate Athletic Association Division 1 university, were enrolled at the completion of their collegiate careers, when they underwent two-dimensional and speckle tracking (strain) cardiac ultrasound and again six months after they stopped training, to assess changes in cardiac structure and function.

They found that although the thickening of the heart muscle regressed, there was persistence in hypertension, and abnormalities in strain, a sensitive method to detect cardiac dysfunction. “Exercise has many benefits for the heart and cardiovascular system, although it is possible that certain forms of exercise training in athletes may not be adaptive and may have pathologic characteristics including subclinical heart muscle dysfunction.” said lead author, Rory Weiner, M.D., FASE, Massachusetts General Hospital.

Based on the results of this research additional data and their relevance to long-term health outcomes deserve dedicated further study.

A few continents away, researchers at the Sengupta Hospital and Research Institute, Nagpur, India, used echocardiography to extend observations on heart function in recreational marathon runners. “While it is known that the heart is affected by marathon running, they observed that the heart can remodel with regular training. A structured training program in running helps in adapting to the increased demands of a marathon in recreational runners,” said lead author Shantanu Sengupta, M.D., FASE. They also used two-dimensional speckle tracking echocardiography to study cardiac mechanics in 50 recreational marathon runners. All runners received four months’ training for the marathon. A baseline echocardiogram was performed prior to training, whereas the post-marathon study was performed within 10 days of completion of the marathon. This study might provide a functional explanation for some of the structural effects that have been observed in recreational athletes experiencing extreme exertion, such as increased fibrosis and calcification, despite improvements in longevity.

Researchers on the study, “Myocardial Mechanics in Recreational Marathon Runners,” include Shantanu Sengupta, Chetan Mahure and Kunda Mungulmare of Sengupta Hospital and Research Institute, Nagpur, India, and Hardeep Kaur Grewal and Manish Bansal of Medanta - The Medicity, Gurgaon, India. Sengupta presented a poster based on this research at ASE 2017.

ASE is keenly interested in understanding the effect of sports on the human heart and circulation system. ASE is the process of developing the guideline, “Clinical Recommendations for Multimodality Cardiovascular Imaging of Competitive Athletes,” which is slated to be published in the Journal of the American Society of Echocardiography in 2018. Aaron Baggish, M.D., Massachusetts General Hospital is the chair of the writing group.