May 16, 2019 — CardioFocus Inc. announced the presentation of results from its pivotal confirmatory study evaluating the HeartLight X3 System for the treatment of atrial fibrillation (AFib). The results, which demonstrated superior procedural times and impressive procedural outcomes, according to the company, were presented during the Heart Rhythm Society's (HRS) 40th Annual Scientific Sessions, May 8-11, 2019 in San Francisco.

Petr Neužil, M.D., Ph.D., head of the Department of Cardiology at Na Homolce Hospital (NHH) in Prague, Czech Republic, and the trial's lead investigator, outlined the findings during a presentation titled, "Performance of a 3rd Generation Visually-Guided Laser Balloon for Pulmonary Vein Isolation: Results of the X3 Study." In the evaluation of 60 patients, the HeartLight X3 System consistently achieved very rapid pulmonary vein isolation (PVI), in as few as three minutes for a single vein.

The key findings of the study included:

The HeartLight X3 System is only approved for use in Europe. It is not available for sale in the U.S. 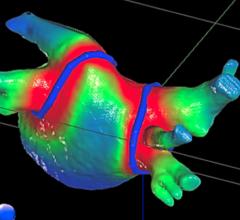 May 10, 2019 — Radiation oncology vendor Varian announced it acquired the start-up company CyberHeart, which has ...