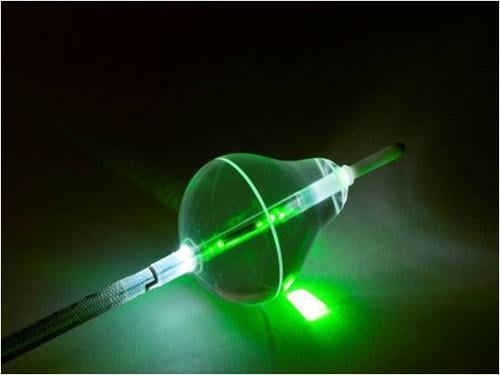 January 12, 2015 — CardioFocus Inc., developer of the HeartLight Endoscopic Ablation System for the treatment of atrial fibrillation (AF), announced that it has executed an exclusive, multi-year distribution agreement with Japan Lifeline Co. Ltd.

AF is the most common sustained arrhythmia and presents elevated risk factors for both stroke and death. It is estimated that more than 1 million people in Japan currently suffer from this debilitating disease. Individuals affected by AF have been increasing worldwide due to an aging population and continued increases in the prevalence and incidence of AF are expected.

Hiroshi Nakagawa, M.D., Ph.D., professor of medicine at the University of Oklahoma Health Sciences Center, director, Clinical Catheter Ablation Program, and director, translational electrophysiology commented:  "While conventional RF ablation technology to treat AF is widely used, it is typical for patients treated with conventional technology to have their arrhythmia recur after one and even after several ablations. The CardioFocus HeartLight is a unique ablation technology that promises to reduce the need for multiple procedures. Its direct endoscopic visualization enables precise placement of ablation energy. This results in the creation of continuous lesions around the pulmonary veins, which are essential for long-lasting elimination of AF. The compliant balloon guarantees an anatomical fit to all types of patient anatomies so the risk of delivering energy too far into the vein and causing complications is minimized. Laser energy creates lesions deep enough to treat the arrhythmia without excess damage to either the endocardial surface or structures surrounding the left atrium. Laser power may also be adjusted to match the differing requirements of various parts of the atrium. This capability increases the efficacy, (durable pulmonary vein isolation) and safety (reduction of collateral damage) for AF ablation procedures."