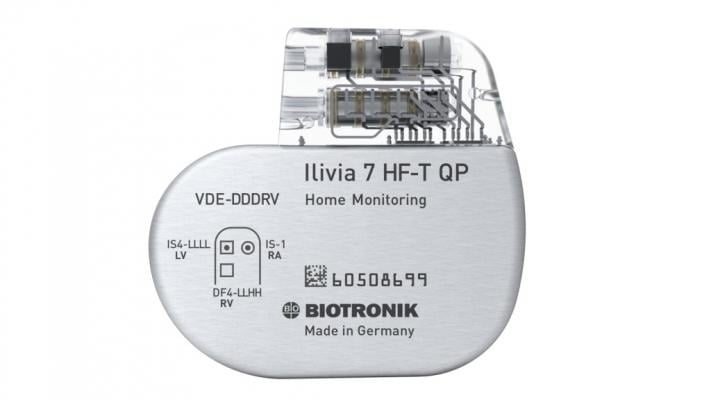 The CASTLE-AF Study shows catheter alation of AF can be used effectively to treat heart failure in patients with an implanted ICD.

September 1, 2017 — Final results from the CASTLE-AF study show a 38 percent reduction in the composite of all-cause mortality and hospitalization for worsening heart failure, when heart failure patients with atrial fibrillation (AF) are treated with catheter ablation, compared to pharmacological therapy recommended by current guidelines. The outcomes were presented at a Late-Breaking Clinical Trials Hot Line session during the European Society of Cardiology’s ESC Congress 2017 in Barcelona.

The study was led by Nassir Marrouche, M.D., University of Utah, Salt Lake City, US and Dr. Johannes Brachmann, Coburg Clinic, Germany and sponsored by Biotronik. CASTLE-AF (Catheter Ablation versus Conventional Treatment in Patients with Left Ventricular Dysfunction and Atrial Fibrillation) is the world’s largest randomized clinical study on the efficacy of catheter ablation for AF in ICD or CRT-D patients suffering from heart failure. The study enrolled 398 patients in 33 sites across Europe, Australia and the US between 2008 and 2016. It is the first catheter ablation study to measure the primary composite outcome of mortality and morbidity with a mean follow-up of more than three years.

“CASTLE-AF is currently the only existing study that measures a hard primary outcome in patients who have received catheter ablation or conventional therapy for AF,” Marrouche said. “The results of this trial underscore the importance of catheter ablation as a mode of treatment, indicating that the procedure should be performed as early as possible and as a first-line therapy in this group of patients.”

“There has been a general lack of consensus within the scientific community on the most appropriate way to manage AF in heart failure patients,” said Brachmann. “The indicative results from CASTLE-AF could pave the way for wider adoption of catheter ablation and may prompt changes in current guidelines for treatment. This could have a considerable impact on heart failure patients with coexisting AF.”