The goal of the studies was to validate the performance of the CardioBip-transmitted 12-lead ECGs when compared to conventional 12-lead ECGs. The first study validated the performance in remote monitoring of acute ischemic events. The second study analyzed the use of CardioBip for remote monitoring of patients undergoing atrial fibrillation (AF) treatment. The studies were conducted by the Clinical Center of Serbia and by the Dedinje Cardiovascular Institute, both located in Belgrade, Serbia.

The device uses fully integrated electrodes and requires no wires to acquire the signal. The signals are transmitted via wireless telephony to a call center where 12-lead ECGs are reconstructed using proprietary algorithms.

In the second study, 18 patients with persistent AF undergoing elective electrical DC cardioversion were studied. One to three wireless 12-lead ECG CardioBip transmissions were performed three to seven days before and up to two weeks after cardioversion. Atrial activity seen in the CardioBip transmitted traces was compared to that determined by conventional 12-lead ECGs in both sinus rhythm and AF. 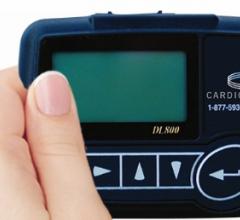 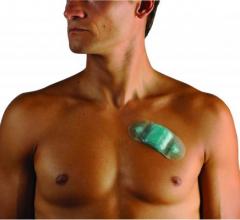 iRhythm Technologies Zio Patch was among the first of a new generation of simplified, wearable Holter monitors designed to increase ease of use and patient compliance to increase detection of arrhythmias that may lead to stroke.