Continuous Heart Monitoring Key to Identifying Cause of Cryptogenic Stroke 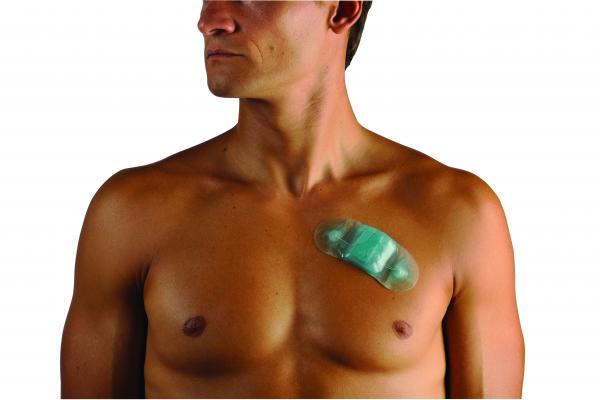 iRhythm Technologies Zio Patch was among the first of a new generation of simplified, wearable Holter monitors designed to increase ease of use and patient compliance to increase detection of arrhythmias that may lead to stroke.

One-third of ischemic strokes are classified as cryptogenic. The classic risk factors for stroke are usually absent, such as cardio-embolism or large artery atherosclerosis. In the United States, about 200,000 strokes without a known cause occur annually, according to the American Stroke Association (ASA). What’s even more striking is that a recent American Heart Association (AHA) survey revealed more than half of U.S. physicians admit being uncertain about the best approaches to finding the underlying causes of cryptogenic strokes.

The ability to clearly identify the root cause of cryptogenic stroke is critical to determine the appropriate diagnosis and course of treatment, resulting in improved patient outcomes. Currently, most patients with cryptogenic stroke are treated with antiplatelet medications and advised to exercise regularly, stop smoking and maintain a healthy diet to minimize secondary stroke risk. However, these treatments are not effective in preventing a secondary stroke resulting from a cardio-embolism. What is needed is long-term, continuous cardiac monitoring for patients who suffered from a cryptogenic stroke to detect any heart rhythm abnormalities such as atrial fibrillation (Afib).

The risk of stroke is five times greater in individuals with Afib. In fact, studies suggest that up to 30 percent of patients with cryptogenic stroke may have previously undetected paroxysmal Afib. Difficult to diagnose, Afib can go undetected because it often has no symptoms and may occur infrequently.

A recent study published in Clinical Cardiology found the use of continuous ambulatory electrocardiographic (ECG) monitoring increased the detection and diagnosis of silent Afib in asymptomatic patients with known risk factors. In a high-risk population that had absolutely no symptoms or clinical indication of arrhythmias, the study found Afib in 5 percent of subjects using extended, patch-based screening.

Additionally, atrial tachycardia, sometimes a pre-cursor to Afib, was found in 6 percent for a combined total of 11 percent detection rate. This pilot study shows that not only is systematic screening of Afib feasible, but it enables the treatment of patients before they develop complications, such as a stroke. This data suggests that Afib should be managed much like diabetes or hypertension, where patients are screened continuously to pre-empt adverse outcomes later.

Most current heart monitoring options, such as the 50-year-old standard Holter monitor, are limited in their ability to identify arrhythmias because they do not capture enough information and do not record for a long enough period of time. They also are often difficult for patients to use or tolerate because of the battery source and multiple leads that must be applied and removed repeatedly, limiting their ability to provide enough needed information to physicians. Furthermore, studies have shown that the lack of diagnosis or the need for additional testing after the initial use of the Holter monitor resulted in $45 million, or slightly more than $23,000 per patient, in unnecessary Medicare spending. When extrapolated over the entire Medicare fees-for-service population, the total was more than $900 million over the two-year study period in unnecessary spending.

New advancements in technology such as wire-free, long-term, continuous cardiac monitors have significantly improved how Afib is diagnosed and managed. The long-term, continuous monitoring allows physicians to rule in, or even rule out, the diagnosis and characterization of Afib and potentially eliminate the need for further testing, resulting in quicker diagnosis and treatment, and ultimately reducing healthcare costs.

Studies have also shown continuous cardiac monitors ruled-in or ruled-out arrhythmia in an average of three to four weeks compared to only 36 percent of patients obtaining a definitive diagnosis within two years if their initial diagnostic is a Holter monitor. In addition, in patients with arrhythmia, these continuous cardiac monitors provide immediate diagnosis, eliminating the need for additional diagnostic testing and enabling immediate and appropriate treatment 94 percent of the time. As for healthcare costs, preliminary findings showed that use of long-term, continuous cardiac monitors is expected to reduce two-year costs of diagnosing and managing arrhythmia by an average of $5,500 per patient when compared to the Holter monitor.

Continuous cardiac monitoring can help identify the underlying cause for cryptogenic stroke and help physicians determine the best course of treatment. When faced with choosing between antiplatelet therapy or an anticoagulant, understanding the risk factors and root cause are imperative to reduce stroke recurrence. The outcomes of continuous cardiac monitoring will ultimately improve patient outcomes and reduce healthcare costs.

Editor’s note: Judy Lenane, RN, MHA, is an executive vice president and chief clinical officer at iRhythm, a digital healthcare solutions company focused on advancing cardiac care. Previously, she led cardiovascular services for large healthcare systems before focusing on developing effective and sustainable cardiovascular interventions. Lenane is also a frequent author and speaker. She can be reached at [email protected]