News | Antiplatelet and Anticoagulation Therapies | May 15, 2021

Similar rates of major bleeding with 81 and 325 mg daily doses, though adherence is strikingly better among those taking the lower dose 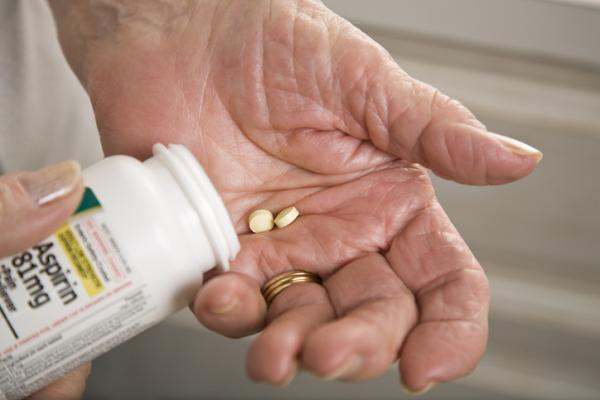 May 15, 2021 — The ADAPTABLE trial found no significant differences in cardiovascular events or major bleeding in patients with pre-existing cardiovascular disease who were taking 81 milligrams (mg) baby aspirin, versus 325 mg of daily aspirin, according to new data presented at the American College of Cardiology (ACC) 2021 virtual scientific session. This study simultaneously published online in the New England Journal of Medicine.[1]

Aspirin is the most common medication for people with established cardiovascular disease. This includes those antiplatelet therapy who have had a heart attack, a stent placed or bypass surgery to help prevent another heart attack, stroke or premature death. But despite aspirin’s proven and widespread use, there has been no evidence as to whether low-dose aspirin (81 mg) or regular-strength (325 mg) aspirin is best.

The ADAPTABLE study included 15,076 people with existing cardiovascular disease from 40 centers across the U.S. The study was designed to determine the optimal dose of daily aspirin both in terms of relative effectiveness in lowering the risk of heart attack, stroke and death, as well as the risk of major bleeding. Researchers said it’s the largest study to date that addresses this question.

“There really hasn’t been a clear answer about what is the most effective and safe dose of aspirin for these patients. Instead, there have been conflicting findings, with some research suggesting 81 mg may reduce the risk of bleeding, but the higher dose may provide more effective prevention of heart attacks and stroke. However, these earlier studies have primarily investigated aspirin — 81 vs. 325 mg daily dose — compared with placebo, whereas ADAPTABLE was a direct comparison of the two doses,” said Schuyler Jones, M.D., assistant professor of medicine at the Duke Clinical Research Institute (DCRI), which is part of the Duke University School of Medicine, and lead author of the study. “We found that there is no difference between the two doses in terms of effectiveness and safety, and we think that because the 81 mg dose had better long-term adherence, it may be the best choice for patients.”

The design of this open-label trial, which was led by the DCRI, is unique in that eligible patients — who received invitations to take part in the study via mail, email or phone call — were able to enroll and randomize themselves on the study’s secure website, which is also where they returned for follow-up encounters every three or six months. Researchers collected information about participants’ medical histories and clinical events during the study through electronic medical record and insurance documentation. Participants enrolled from April 2016 through June 2019, and median follow-up was just over two years (26.2 months). The two groups were well-balanced at baseline. Participants were a median age of 67 years and the majority were white, with 9%, 3% and 1% self-reporting as black, Hispanic and Asian, respectively.

The primary effectiveness outcome, a composite of all-cause death or hospitalization for a heart attack or stroke, occurred in 590 patients in the 81 mg group and 569 patients in the 325 mg group. Hospitalization for major bleeding that required blood transfusion, which was the study’s primary safety endpoint, was very rare, occurring in a total of 53 participants taking baby aspirin and 44 participants taking regular-strength aspirin. These results were consistent across subgroups of patients regardless of age, race/ethnicity, gender, prior use of dual antiplatelet therapy, or coexisting diabetes or chronic kidney disease.

Most patients (96%) were taking aspirin before taking part in the study; of these, 85% were on low-dose (81 mg) aspirin. The study design enabled participants to know which dose they were assigned to take, and although they were encouraged to stay on their assigned dose through direct-to-participant emails and mailers, they could make the choice to switch. During the study, the rate of dose switching was significantly higher in the group of patients randomized to 325 mg of daily aspirin (41.6% of participants in this group switched dose at least once, compared to 7.1% of participants randomized to 81 mg).

Jones said that the dose patients were taking prior to participating in the study could contribute to inherent bias, which may help explain the higher rate of dose switching among those randomized to 325 mg for the study. Some patients may have switched because of issues tolerating the higher dose, but many other factors likely contributed to this behavior, he said, including news about other studies, DAPT recommendations, participant beliefs and clinician preferences.

“We made every effort to encourage them to stay on their study dose, but nevertheless people felt very strongly about it, so the differential effects of the two doses are less clear since dose switching occurred very frequently, especially in the 325 mg group,” Jones said, adding that there were still many patients in both groups who stayed on the assigned dose for over a year. He and his team will be running additional exploratory analyses to determine the timing, clinical predictors and reasons for dose switching during the study.

Some patients also chose to discontinue aspirin during the study. Overall, 11% discontinued aspirin in the 325 mg group compared with 7% in the 81 mg group.
Still, the researchers said the study results should be generalizable to larger populations of patients with heart disease and should prompt shared decision-making discussions with their clinicians.

“Daily aspirin is an essential part of treatment for most people with heart disease. Patients and clinicians should use the information from the study to have a conversation about the dose of aspirin they prefer,” Jones said.

The ADAPTABLE study provides learnings beyond the data on aspirin, as the study allowed a team of patient partners, clinicians and researchers to engage patients remotely, use data already being collected as part of routine care, and alleviate the burden of research for both patients and clinicians. It’s the first clinical trial to use PCORnet, the National Patient-Centered Clinical Research Network, which is an integrated partnership of clinical research networks funded by the Patient-Centered Outcomes Research Institute (PCORI), which also funded the study.

This trial had a very unique trial design. It is the first pragmatic trial using the Patient-Centered Outcomes Research network, which was developed to perform large scale comparative-effectiveness clinical trials. Read more about the intricate design and details of study conduct.