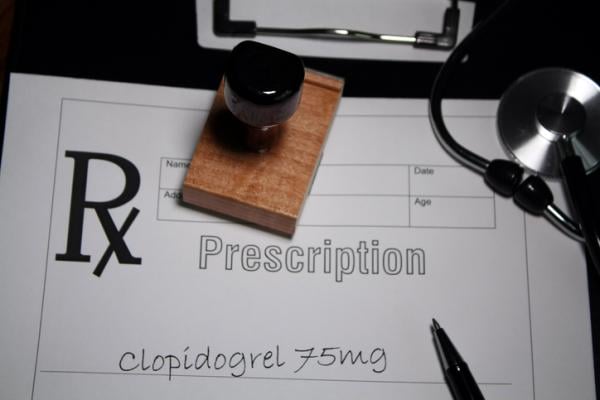 October 4, 2021 —  One month of dual antiplatelet therapy (DAPT) following stent implantation in high bleeding risk patients preserves ischemic benefits and reduces bleeding risk. That was the finding of late-breaking research presented in a Hot Line session at the 2021 European Society of Cardiology (ESC) Congress and published in the New England Journal of Medicine.[1]

The duration of DAPT in patients at high risk of bleeding is unclear. Most studies on DAPT duration either excluded this group or only enrolled patients with high bleeding risk as defined by the study protocol.[2,3] A post hoc analysis of randomised trials assessing a short versus long duration of DAPT observed that high bleeding risk patients treated with prolonged DAPT bleed more and do not derive any ischaemic benefit.[4]

Guidelines recommend shortening DAPT duration in high bleeding risk patients irrespective of clinical presentation (i.e. stable coronary artery disease or acute coronary syndrome) to six months or less or even one month only.[5,6] The recommendation is level of evidence C, indicating that it reflects the expert opinion of the task force members.

The MASTER DAPT trial was conducted in patients at high risk for bleeding who had undergone biodegradable polymer sirolimus-eluting stent implantation. The objective was to assess whether one month of DAPT preserved the benefit in relation to cardiovascular events, while mitigating bleeding outcomes, compared with longer treatment durations. This was a noninferiority study with sequential superiority testing.

Patients were candidates for the trial if they had an acute or chronic coronary syndrome, underwent successful percutaneous coronary intervention (PCI) of all coronary artery stenoses and fulfilled one or more high bleeding risk criteria. Patients free from ischaemic and bleeding events and who adhered to a DAPT regimen were screened for inclusion 30 to 44 days after PCI.

A total of 4,579 patients in 30 countries were randomized to abbreviated or standard DAPT at a median of 34 days after PCI. The mean age was 76.0 years, 69.3% were men, 36.2% were receiving concomitant oral anticoagulation, and 48.3% underwent PCI for acute coronary syndrome. There was a mean of 2.1 high bleeding risk criteria per patient.

Complete follow-up data at 335 days were available for 4,547 (99.3%) patients. Abbreviated DAPT was noninferior to standard DAPT in terms of net adverse clinical events and major adverse cardiac and cerebral events, and superior in terms of major or clinically relevant nonmajor bleeding.

Principal investigator Professor Marco Valgimigli of the Cardiocentro Ticino Foundation, Lugano, Switzerland said: “One month of DAPT after PCI in high bleeding risk patients maintained the ischemic benefits of therapy while reducing the risk of bleeding. Unlike other studies, we did not exclude patients with acute coronary syndrome or limit the number, location, or complexity of the treated lesions. Our results can therefore inform treatment decisions on DAPT at one month after PCI in patients at high risk for bleeding without post-procedural ischemic events, including those with clinical or angiographic high ischemic risk features.”