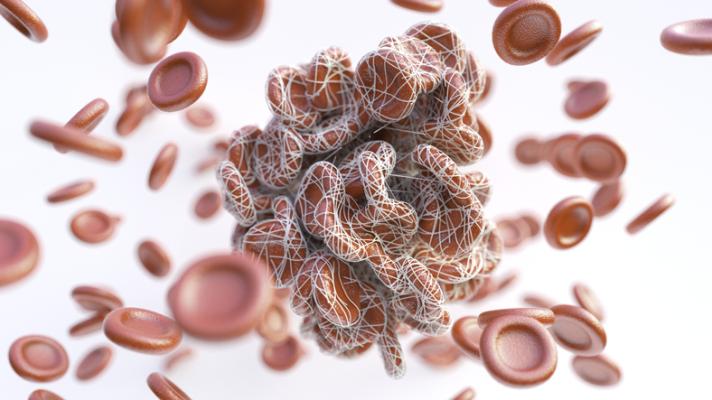 November 22, 2021 — Fewer than 10 days of low-molecular-weight heparin (LMWH) after stenting for extensive iliofemoral venous occlusion prior to transition to oral anticoagulation reduces early thrombosis, according to a multi-center study.

Thrombosis following iliofemoral venous stenting is frustrating to both the patient and clinician and is an understudied phenomenon, according to a study in the November issue of the Journal of Vascular Surgery: Venous and Lymphatic Disorders.1

“Most reported data describing stent occlusion after venous intervention have included patients across the full spectrum of venous disease. Including patients with non-thrombotic disease and limited anatomic involvement as well as patients with more extensive disease has prevented the identification of specific variables relating to the outcomes for either group of patients separately,” said principal investigator William Marston, M.D., from the University of North Carolina.

“In this study, we investigated a patient cohort with venous outflow occlusion requiring recanalization before stenting to determine the outcomes after intervention. We focused on the variables associated with early stent thrombosis in this high-risk segment of patients presenting with iliocaval outflow obstruction,” he continued.

A total of 106 patients were studied and had the following characteristics:

Three months following the procedure, occlusion of the stented region occurred in 26%. The observed three-year patency rates were primary, 59%, and secondary, 76%.

Risk factors for early (within three months) stent thrombosis were:

“No consensus has been reached regarding the optimal postoperative anticoagulation therapy for these patients. Our study suggests that extended use of LMWH reduces early thrombosis.”

About the Society for Vascular Surgery

The Society for Vascular Surgery is the leading not-for-profit, professional medical society on establishing causes and treatments for vascular disease. SVS seeks to advance excellence and innovation in vascular health through education, advocacy, research and public awareness and is composed of specialty-trained vascular surgeons who are dedicated to providing comprehensive care for vascular disease. For more information visit www.vascular.org