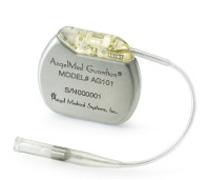 "The key to the AngelMed Guardian system is the ability to track significant changes in the heart's electrical signal and then alert the patient to seek medical attention immediately," says Charles Koo, M.D., cardiologist with Meridian CardioVascular Network and principal investigator at Jersey Shore University Medical Center. "If this system proves to be effective in early detection and warning of potentially life-threatening heart conditions, we may be able to shift the paradigm for early treatment at the onset of heart attacks."

After having a second heart attack this past February, Theodora underwent bypass surgery at Jersey Shore and knew that he was susceptible to another attack. The device is being tested in the ALERTS Pivotal U.S. trial.

"Experimental and clinical studies have shown that most of the damage to the heart occurs two hours after coronary occlusion," says AngelMed's Chief Operating Officer Jonathan Harwood. "We've designed the device to warn patients of this and other cardiac events hours — perhaps even days — before they occur."

According to the American Heart Association, one in every five deaths in the United States is attributable to coronary heart disease. In addition, 50 percent of heart-attack fatalities occur within one hour of the onset of symptoms and before the patient even reaches the hospital.

The system is an implantable device about the size of a standard pacemaker with a lead into the heart. It also contains an external telemetry device and a programmer that aids physicians in evaluating heart signals. The system tracks changes in the heart's electrical signal and then vibrates, causing an accompanying pager to beep and a red light to flash. Patients are told to call their physician when the alert is triggered and go directly to the emergency room to increase their chance of survival. 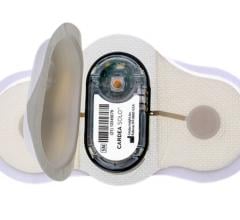 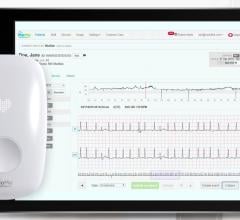 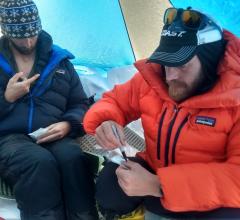