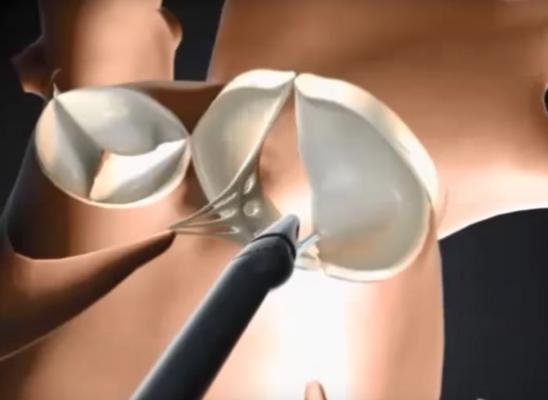 November 10, 2016 — NeoChord Inc. announced the first use of its DS1000 System in the United States as it enrolled the first patient in the RECHORD Trial.

The RECHORD Trial is a prospective, multicenter, randomized U.S. Food and Drug Administration (FDA) pivotal study intended to establish the safety and effectiveness of the DS1000 System as an alternative to standard surgical mitral valve repair. The study was approved to enroll up to 585 subjects at up to 20 U.S. centers. This study is the first trial of its kind to treat degenerative mitral regurgitation (DMR) patients that have ruptured or elongated chordae tendinae in a trans-apical, beating heart procedure.

David H. Adams, M.D., cardiac surgeon-in-chief, Mount Sinai Health System, and his team successfully treated the first patient in the RECHORD Trial at The Mount Sinai Hospital in New York, N.Y. Adams, national co-principal investigator of the trial, noted, “The success that we observed with our first patient in the trial is very promising and is indicative of the strong clinical results observed in Europe in appropriately selected patients with degenerative mitral valve regurgitation.”

In standard mitral valve repair procedures, patients are placed on cardiopulmonary bypass — the heart is arrested while the mitral valve is exposed and repaired. NeoChord’s DS 1000 System technology allows for a truly minimally invasive procedure via a transapical puncture on a beating heart without the need for cardio-pulmonary bypass or aortic cross-clamping. As a result, the invasiveness of the repair procedure is significantly reduced. With the NeoChord procedure, the surgeon uses real-time echocardiographic feedback in the operating room (OR) to precisely adjust the length of the newly placed chords and to reduce and/or eliminate mitral valve regurgitation, while the heart is beating and functioning.

The NeoChord DS1000 System is CE marked and approved for sale in Europe. It is an investigational device in the United States, limited by federal law to investigational use.