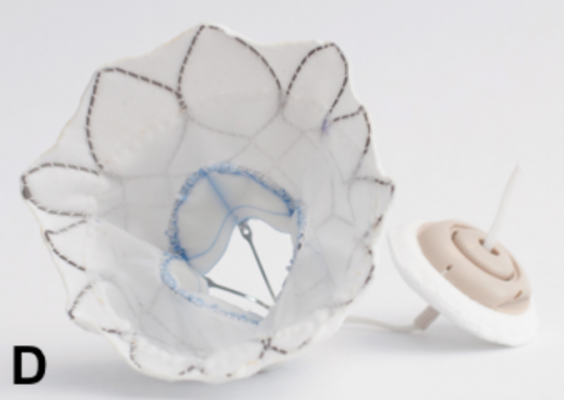 January 28, 2019 — Lenox Hill Hospital is the first hospital in New York City to successfully implant Abbott’s Tendyne transcatheter mitral valve replacement (TMVR) system to replace a leaky heart valve. The procedure was performed as part of a national clinical trial testing the safety and efficacy of the device as an alternative to invasive open heart surgery.

The first patient to have the procedure done at Lenox Hill Hospital, 69-year-old Thomas Furia of Staten Island, N.Y., began to experience severe fatigue and shortness of breath – typical symptoms of a leaky heart valve – earlier in 2018. By April, Furia could not walk more than half a block and had lost consciousness four times. When he sought help, he was turned down by two surgical centers before enrolling in the TMVR trial in August.

Furia’s procedure was performed in October by Chad Kliger, M.D., director of the Structural Heart Disease program at Lenox Hill Hospital. Almost immediately after the procedure, Furia could feel a difference in his ability to breathe and in his energy levels. He is now looking forward to warmer weather, so he can once again ride motorcycles with his wife Carol, a nurse and his caretaker.

The treatment aims to alleviate mitral regurgitation (MR), a debilitating progressive condition in which the failure of the heart’s mitral valve to close tightly during contractions causes blood to flow backward into the heart. The most severe cases of MR often require surgery, as the disorder may lead to serious complications, including arrhythmia, stroke, heart failure and death, if left untreated. MR is the most common valve disease in the United States, affecting about 4 million people, only about 20 percent of whom are eligible for open heart surgery.

The new device presents a novel opportunity for patients who are not surgical candidates — and thus, have limited or no treatment options — to get potentially life-saving therapy without the high risk of open heart surgery. The replacement valve is inserted percutaneously on the side of the chest into a small incision at the tip of the heart. It is then implanted inside the native valve, sealing off any gaps, and stabilized by a tether mechanism. The Tendyne Mitral Valve System is the first and only mitral valve replacement device that can be repositioned and fully retrieved, ensuring precise placement during implantation, which could improve patient outcomes.

“This is potentially a ground-breaking technology that can not only reduce but rather completely obliterate leakiness of the valve, which is quite remarkable and goes a long way in improving a patient’s quality of life,” Kliger said. “It’s an option for patients who previously had limited surgical options or none at all.”

Lenox Hill Hospital is one of two Northwell Health facilities taking part in the TMVR trial. Southside Hospital in Bay Shore, N.Y., was the first in the Northeast to perform the procedure. The clinical trial, officially called SUMMIT, is expected to enroll 1,010 patients at 80 sites across the U.S., Canada and EU to assess the safety and efficacy of the Tendyne TMVR system in treating severe MR.