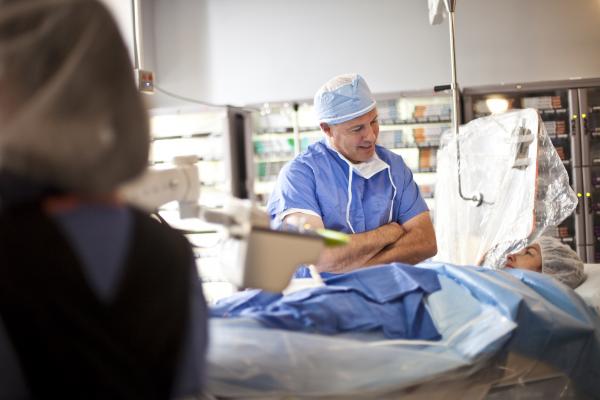 August 5, 2015 — Boehringer Ingelheim announced the first U.S. patients have been enrolled in two of the company's international clinical trials, RE-DUAL PCI and RE-CIRCUIT. RE-DUAL PCI will evaluate the efficacy and safety of Pradaxa (dabigatran etexilate mesylate) in patients with non-valvular atrial fibrillation (NVAF) who have undergone percutaneous coronary intervention (PCI), also known as angioplasty, with stent placement. RE-CIRCUIT will evaluate the safety of Pradaxa in NVAF patients undergoing a first ablation procedure, which is conducted to help prevent heart rhythm problems.

Both trials are part of Boehringer Ingelheim's extensive RE-VOLUTION clinical trial program for Pradaxa. The program includes 14 studies and is expected to involve more than 50,000 patients in more than 44 countries globally. The anticoagulant was initially approved by the U.S. Food and Drug Administration (FDA) in 2010 to reduce the risk of stroke and systemic embolism in patients with NVAF. In 2014, the FDA approved two additional indications for the treatment of deep vein thrombosis (DVT) and pulmonary embolism (PE) in patients who have been treated with a parenteral anticoagulant for five to 10 days, and to reduce the risk of recurrent DVT and PE in patients who have been previously treated.

RE-DUAL PCI is an event-driven, open label trial and will evaluate dual therapy of Pradaxa (150 mg or 110 mg twice daily) plus single antiplatelet therapy (clopidogrel or ticagrelor) compared to the current standard of care of triple therapy, which includes warfarin plus two antiplatelet agents (clopidogrel or ticagrelor, and aspirin in the trial). The trial will enroll an estimated 8,520 NVAF patients at 401 study locations around the globe.

"Currently there are limited data about appropriate anticoagulation treatment for patients with NVAF undergoing PCI, but with the plan to enroll more than 8,500 patients, we expect RE-DUAL PCI to provide robust data to help us better understand and care for this patient population," said Christopher Cannon, M.D., RE-DUAL PCI lead investigator, cardiologist, Brigham and Women's Hospital in Boston and professor of medicine, Harvard Medical School.

All endpoints will be assessed at time points up to 30 months following randomization to the three treatment groups. Results of the study are expected in 2017.

The open label RE-CIRCUIT study will evaluate the safety of uninterrupted treatment with Pradaxa 150 mg twice daily compared to uninterrupted warfarin (International Normalized Ratio [INR] of 2.0 to 3.0) in NVAF patients undergoing a first ablation procedure. The trial will enroll an estimated 724 patients at 85 international study locations.

"The RE-CIRCUIT trial provides an important opportunity to expand knowledge and the potential to help inform guidelines for appropriate use of novel oral anticoagulants in NVAF patients undergoing ablation procedures," said Hugh Calkins, M.D., chairman of the RE-CIRCUIT Study Steering Committee and professor of cardiology and director of the electrophysiology laboratory and arrhythmia service, Johns Hopkins Hospital, Baltimore.

The primary endpoint is the incidence of major bleeding events, as defined by the ISTH. Secondary efficacy and safety endpoints include:

All endpoints will be assessed at time points during ablation and up 2 months post ablation.