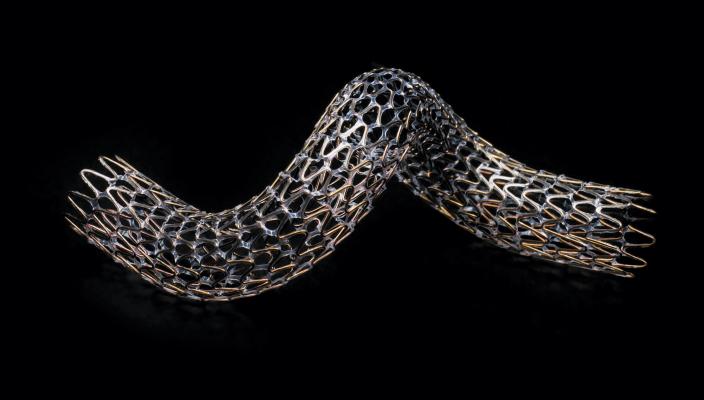 March 16, 2017 — W. L. Gore & Associates Inc. recently announced the Health Canada approval of the Gore Tigris Vascular Stent, a dual-component stent with a fluoropolymer/nitinol design. The device, which gained CE Mark approval in 2011, is a third-generation, self-expanding stent that was designed explicitly to improve anatomical conformability with the natural movement of the knee when treating peripheral artery disease (PAD).

The newly-approved Gore Tigris uses a dual component structure, made from a single-wire nitinol stent with flexible and biocompatible fluoropolymer interconnections. The stent has been designed to weather biomechanical forces (extension, compression, flexion and torsion) without fractures, even in the most complex anatomies, namely in the superficial femoral artery (SFA) and popliteal arteries. In the U.S. clinical study that supported U.S. Food and Drug Administration (FDA) approval, the stent was found to have zero fractures at 12 months, while the control arm devices experienced a 27 percent fracture rate at the same time point.

The evolution of peripheral stenting over the past decade has allowed for broader adoption of endovascular therapy for treating PAD. When physicians began placing stents in the SFA, they were limited by first-generation stent designs that had longitudinal metal connections that led to arterial stiffening, high fracture rates and poorer clinical outcomes. Improvements in second-generation devices introduced helical interconnections to improve flexibility; however, their success in high flexion vessels, like the distal SFA and proximal popliteal artery, was still limited. The introduction of third-generation stents, including the Gore Tigris, allow for better adherence in some of the more intricate vessels in the body.

PAD is prevalent in older populations, a rapidly growing demographic in developed countries. In Canada alone, as many as 800,000 people suffer from some form of PAD. The disease can manifest in mild symptoms such as chronic leg pain, and more serious complications include poor wound healing, increased risk of stroke, and amputation. Endovascular treatment, via angioplasty and stenting of a blocked artery, is designed to treat PAD without the complications that can accompany open surgery.