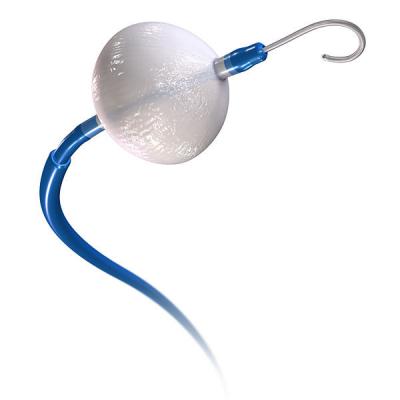 The study results were presented at the European Heart Rhythm Association (EHRA) Scientific Sessions 2018, March 18-20 in Barcelona, Spain. Results showed 60.7 percent of persistent AF patients were free from all atrial arrhythmias (adjudicated AF, atrial flutter or atrial tachyarrhythmias) lasting more than 30 seconds, at one year following a single ablation procedure. These clinically meaningful results are on par with outcomes seen in the FIRE AND ICE trial of paroxysmal AF patients (approximately 70 percent at 12 months), and are encouraging given these patients are in a more advanced disease state.

The study findings also demonstrated short and predictable procedure times of 53 ±22 minutes with the cryoballoon and a low device- and/or procedure-related complication rate of 4 percent.

“The findings demonstrate the benefits of cryoablation therapy in reducing the significant burden patients experience once AF progresses, and hold promise for physicians to realize efficient procedure times and a low rate of adverse events for their persistent AF patients,” said Serge Boveda, M.D., co-director of the Cardiac Arrhythmias Department in Clinique Pasteur, Toulouse, France, and co-principal investigator in the trial. “These results are encouraging and demonstrate the reproducibility of the cryoballoon procedure even in patients with persistent AF.”

In Europe and the United States, AF affects approximately 10 and 5 million people, respectively. In both geographies, persistent AF represents approximately a quarter of all AF cases.[ii],[iii] Persistent AF occurs when the upper chambers of a patient's heart beat erratically for more than seven days and procedural intervention and/or drug therapy are required to stop the episode and restore normal sinus rhythm. Additionally, the risk of stroke and heart failure increases in patients with AF.[iv],[v]

“This is the first study of its kind to closely observe patients with persistent AF using a PVI-only strategy with the cryoballoon,” said Pascal Defaye, M.D., Arrhythmia Unit, Department of Cardiology, Grenoble-Alpes University Hospital, Grenoble, France, and co-principal investigator in the trial. “The results are noteworthy and provide valuable insights for the physician community.”

Cryoballoon ablation is used in a minimally invasive procedure to isolate the pulmonary veins, which are a source of erratic electrical signals that cause AF. The device uses cold energy rather than heat (radiofrequency (RF) ablation) to create scar tissue and interrupt irregular electrical pathways in the heart. Recent studies have shown comparable safety and effectiveness when using cryoballoon ablation compared to RF ablation when treating symptomatic paroxysmal AF patients, as well as shorter and more consistent procedure times.[vi],[vii]

The 2016 European Society of Cardiology’s (ESC) guidelines and the 2017 Heart Rhythm Society (HRS) Consensus Statement for the management of AF both acknowledge cryoablation therapy as a reasonable ablation energy for treating AF and recognize PVI as an effective and preferred treatment option for select patients with AF.