No Evidence of Cognitive Issues When Evolocumab Added to Statin Therapy 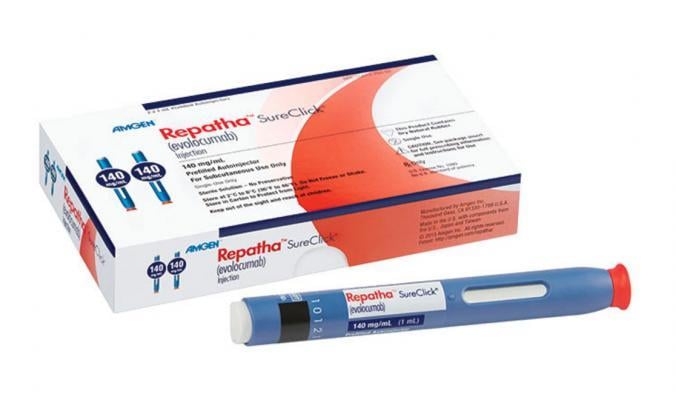 April 3, 2017 — There is no evidence that adding a new cholesterol-lowering drug to treatment with a statin causes memory loss or other problems with cognition or thinking, according to findings from the EBBINGHAUS study. The research from the largest, most rigorously designed study to address this issue to date was presented at the American College of Cardiology’s 66th Annual Scientific Session, March 17-19 in Washington, D.C.

Some previous studies had suggested a possible link between high doses of statins and memory difficulties in some patients. In 2012, the U.S. Food and Drug Administration (FDA) added a safety alert to the labeling for statins, noting that some patients had experienced memory loss and confusion. In 2014, however, a medical expert panel concluded that the evidence that statins cause cognitive side effects was weak to nonexistent.

The question resurfaced in 2015 in two studies with new non-statin drugs known as proprotein convertase subtilisin-kexin 9 (PCSK9) inhibitors, which help the body clear LDL cholesterol from the blood by blocking the protein PCSK9. The two studies reported cognitive side effects that were infrequent (occurring in fewer than 1 percent of patients) but occurred more frequently in patients taking a PCSK9 inhibitor (evolocumab or alirocumab) than in patients who received a placebo. Cholesterol is important for normal memory and brain functioning, but the brain should be able to make all the cholesterol it needs. Nonetheless, there was some concern that the use of medications to reduce LDL (“bad”) cholesterol in the blood to extremely low levels could deprive the brain of needed cholesterol.

“Ours is the first prospectively designed study to evaluate the relationship between a PCSK9 inhibitor and changes in cognition, including memory, attention and reaction time” said Robert P. Giugliano, M.D., SM, a senior investigator in the TIMI Study Group, an associate professor at Harvard Medical School, staff physician at Brigham and Women’s Hospital in Boston, and lead author of the study. “Our findings are reassuring in that we found no apparent effect on any of these cognitive domains despite achieving very low blood levels of LDL cholesterol.”

The study, known as EBBINGHAUS, enrolled 1,974 patients who were taking part in FOURIER, a large double-blind randomized trial conducted in 30 countries to test the effectiveness of adding evolocumab or a placebo to statin therapy to reduce LDL cholesterol in high-risk patients with heart or blood-vessel disease. The patients in EBBINGHAUS were 63 years old on average; 75 percent had had a heart attack, 20 percent had had an ischemic stroke, and 19 percent had peripheral arterial disease. All were receiving moderate- or high-intensity statin therapy. Patients were excluded from EBBINGHAUS if they had a diagnosis of dementia, cognitive impairment or another significant mental or neurological disorder.

Patients completed a set of validated neurocognitive tests, the Cambridge Neuropsychological Test Automated Battery, when they first enrolled in the study, and after 24, 48 and 96 weeks, and at the end of the study. The median follow-up time was about 19 months. The tests, performed on a tablet computer, assessed executive function (ability to pay attention, manage time, plan, organize and remember details) as well as working memory, memory function and reaction time. The primary endpoint was a measure of executive function known as the Spatial Working Memory strategy index. Patients also completed a questionnaire assessing their everyday cognition before, during and at the end of the study.

“We found no important differences between patients taking evolocumab and those on placebo on any of the four measures of cognitive functioning, in the patient questionnaires, or in the physician-report of adverse cognitive events,” Giugliano said. “We also looked at patients according to how low their levels of LDL cholesterol went. Patients who reached very low LDL values – less than 25 mg/dL – had cognitive function that was similar to those with higher LDL values.”

He added that these findings should “enable physicians to feel more secure about adding evolocumab to a statin to achieve very low levels of LDL cholesterol without worrying that patients’ memory or cognitive functioning will be affected.”

A limitation of the study is that patients were followed for less than two years on average, Giugliano said. However, long-term follow-up in a subset of the EBBINGHAUS patients is ongoing. A further limitation, he said, is the possibility that patients were experiencing cognitive problems that were not picked up by the tests used in the study. However, he explained the tests have been validated in more than 160 clinical trials over the past 30 years, in both cognitively normal subjects and people with disorders such as schizophrenia and Alzheimer’s disease, and are sensitive to both the positive and negative effects that drugs may have on cognition.

The study was funded by Amgen, which manufactures evolocumab.