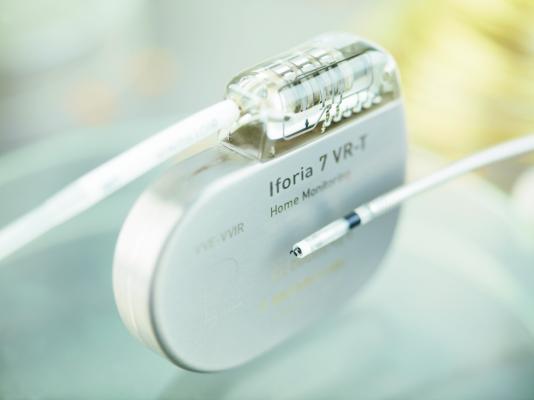 September 24, 2015 — Biotronik announced the publication of NORDIC ICD (NO Regular Defibrillation testing In Cardioverter-Defibrillator Implantation) trial results in the European Heart Journal. The company-sponsored, randomized, controlled trial contributes to a growing body of clinical evidence suggesting that defibrillation (DF) testing during routine first implantable cardioverter-defibrillator (ICD) implantation on the left side does not lead to significant clinical benefits. These results also demonstrate the shock efficacy of Biotronik ICDs in a large, real-world population.

NORDIC ICD is a prospective, multi-center, international non-inferiority study. The trial tested whether shock efficacy in ICD patients is impaired without DF testing, which is normally done in order to verify detection of tachyarrhythmias and defibrillation efficacy at the time of implantation. Although DF testing has never been shown to improve survival and is associated with longer, more complex implantation procedures requiring technical support and anesthesia, it is currently the standard of care in many countries.

1,077 real-world patients with an ICD indication according to current European Society of Cardiology (ESC) guidelines—including single- and dual-chamber and cardiac resynchronization therapy devices (CRT-Ds)—were randomized into two groups, with (N=540) and without (N=537) DF testing. Patients were observed for at least 12 months through regular on-site visits and remotely via Biotronik Home Monitoring, a wireless, automatic remote monitoring technology available in Biotronik ICDs. The primary end point was first shock efficacy to terminate episodes of true ventricular tachycardia (VT) or ventricular fibrillation (VF) during follow-up. The implanted ICDs demonstrated exceptionally high safety and efficacy for both study arms, as shown by the 97.1 percent rate of first shock efficacy in the no DF test group and 94.1 percent rate for the DF test group.

“Despite a lack of evidence supporting its usefulness, routine intraoperative DF testing has long been standard practice,” explained coordinating clinical investigator Dietmar Bänsch, M.D., University Hospital of Rostock, Germany. “Now the results of the NORDIC ICD trial, in concurrence with those of SIMPLE—another recent large, randomized study—reveal ICD implantation without DF testing to be non-inferior with regard to first shock efficacy. Moreover, we did not find significant differences between the study groups regarding mortality and serious adverse events. Taken together, these results do not support the need for routine DF testing during first time ICD implantation on the left side, particularly for the modern, high-energy ICDs used in the NORDIC ICD trial.”