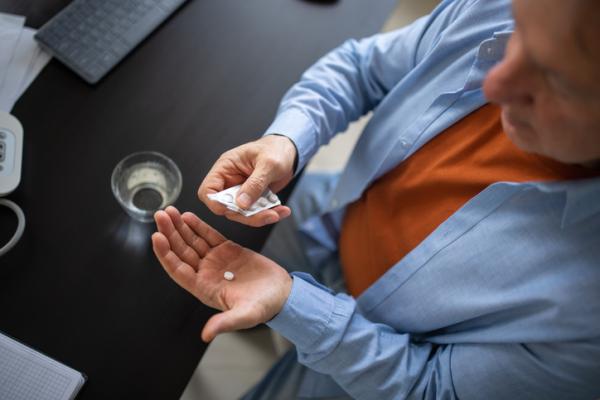 “In spite of how difficult it has been historically to identify and develop oral PCSK9 inhibitors, our goal is to deliver a simple oral medication to help patients lower their bad cholesterol,” said lead study author Douglas Johns, Ph.D., FAHA, clinical director of translational medicine/clinical pharmacology at Merck Research Laboratories. “We used novel technology and medicinal chemistry to identify a molecule — MK-0616 —that can be administered orally to block the PCSK9 protein, subsequently helping lower ‘bad’ LDL cholesterol that can build up in arteries.”

MK-0616 reduced LDL cholesterol without causing serious side effects or death when taken as once daily oral doses of up to 300 milligrams alone in healthy men, or in combination with statins among men and women with high cholesterol.

“I believe this is the first report of successful oral absorption of a synthesized cyclic peptide like MK-0616 in people,” said Johns. “We were pleased that it appeared to be consistently absorbed and concentrated in patients’ blood, and that it reduced cholesterol levels so effectively.”

The first study of MK-0616 included 60 healthy male volunteers, ages 18-50. Fifty-one participants in the randomized study received single oral doses of MK-0616, ranging from 10 to 300 milligrams, while 23 received at least one dose of a placebo. The study was a “cross-over” design, so some participants received MK-0616 during one period, then “crossed over” to placebo during another period. In each period, 75% of participants received MK-0616 and 25% received a placebo. Researchers found that MK-0616 reduced levels of PCSK9 that contribute to high LDL cholesterol by more than 90% from baseline at all single-dose levels tested.

The second study of MK-0616 included 40 male and female volunteers, ages 18-65, who had already been taking statin medications to control their cholesterol levels for at least three months. In this study, 75% (31) participants received a once-daily oral dose of 10 milligrams or 20 milligrams of MK-0616, while 25% (9) received a placebo – both groups receiving them in addition to their current statin therapy. MK-0616 lowered participants’ blood cholesterol by approximately 65% from baseline levels after 14 days of treatment. Patients treated with the placebo had less than 5% reduction in cholesterol measures compared to baseline.

“The initial results are encouraging; however, more clinical studies are needed to confirm these findings, given limited clinical experience with the molecule MK-0616,” Johns said.

The study was funded by Merck & Co. Inc.