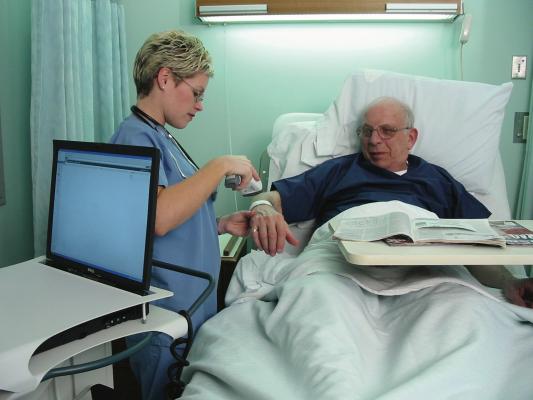 April 9, 2019 — A program designed to help heart attack patients with the transition from hospital to outpatient care can reduce readmissions and deaths and increase the number of patients keeping follow-up appointments, a new study suggests. Findings from the Sanger Heart and Vascular Heart Care Navigation Team study were presented at the American College of Cardiology’s Cardiovascular Summit, Feb. 14-16 in Orlando, Fla. The conference brings together top experts to discuss and review innovative, relevant cardiovascular management and leadership strategies.

The Heart Care Navigation Team was established in 2017 with the goal of reducing unnecessary readmissions, improving mortality and improving patients’ experience. Patients in the program are assigned a health advocate and a nurse navigator who meet the patients while they are in the hospital. The team helps with timely access to follow-up care, promotes self-management, and addresses patients’ questions or concerns for a period of 90 days after discharge.

“After a heart attack, the time between a patient’s discharge and their first follow-up appointment can be a scary time for patients,” said lead researcher William E. Downey, M.D., medical director of interventional cardiology at the Sanger Heart and Vascular Institute in Charlotte, N.C. “In the past, if something happened that caused concern to the patient, we’d tell them to call the office, where they often didn’t know anyone. Now, patients have a nurse navigator they know who gives them their cell number and can provide reassurance or a sound plan for taking action if needed. It’s an important bridge until the patient develops a firm relationship with their new cardiologist’s office.”

The nurse navigator calls the patient within 24 to 48 hours of discharge, and then every two to four weeks for three months.

“The nurse makes sure the patient is going to their doctor’s appointments, has their medicines and asks whether they have any questions about their treatment,” said Amber Furr, BSN, RN, CPHQ, performance improvement coordinator at Sanger Heart and Vascular Institute. “Before the program was implemented, the discharging nurse would provide discharge education, cardiac rehab would provide education and the patient would be sent on their way.”

The 30-day readmission rate before the program started was 6.3 percent and fell to 3.7 percent the year after the program began. There was a reduction in the 30-day death rate (5.75 percent before vs. 4.57 percent after program implementation) and an increase in patients’ follow-up appointments made prior to discharge (78 percent vs. 96 percent).

“We’ve created a tool that has led to substantial improvements today and on which we can build further improvement,” Downey said.

The study also found an increase in guideline-based care from 83.3 percent to 85.1 percent, as well as an increase in cardiac rehab referrals (85.7 percent vs 88.6 percent).

“This study shows that nurse navigators are an integral part of reducing heart attack readmission and mortality,” Furr said. “We’re not where we want to be yet with cardiac rehab referrals or guideline-driven care, but we have seen an improvement.”