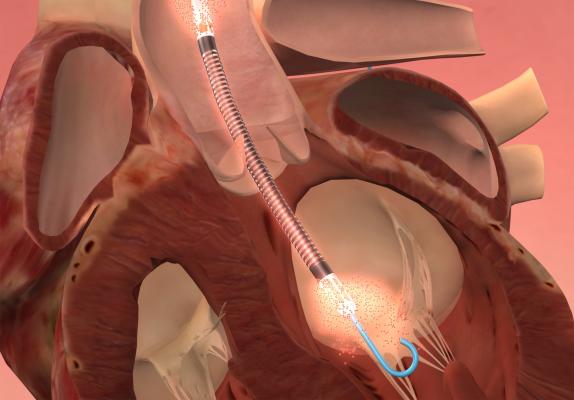 March 9, 2017 — A new study published in Circulation Research finds use of hemodynamic support with the Impella 2.5 heart pump during high-risk percutaneous coronary intervention (HRPCI) can reduce the risk of acute kidney injury (AKI) even when those patients had pre-existing kidney disease and low ejection fraction (EF).[1] The new study builds upon earlier data from PROTECT II, a randomized clinical trial, which found kidney injury rates were numerically lower when more contrast was used during HRPCI, and adds to the growing body of evidence of the benefits of hemodynamic support with Impella during HRPCI.[2]

For the new retrospective, single-center study, investigators analyzed the procedure and clinical outcomes of 230 patients with an EF of 35 percent or less before undergoing HRPCI. Half of the patients studied were supported with Impella 2.5 during their procedure, and were compared with a matched-controlled cohort of 115 patients undergoing HRPCI without Impella. In the study, Impella-supported patients were more likely to present with co-morbidities at baseline such as left main and three-vessel disease, and lower EF that led to longer median procedure times and greater median volume of contrast in the Impella arm.

“A substantial number of high-risk PCI patients have both severely reduced left ventricular function and underlying kidney disease,[2] and during their procedure, these patients are exposed to high levels of contrast dye, which further compromises kidney function,” said Michael P. Flaherty, M.D., Ph.D., associate professor of medicine and physiology at University of Louisville School of Medicine; primary investigator and first and senior author. “We found that, despite severely reduced ejection fractions and baseline chronic kidney disease (CKD), Impella-supported patients were six times less likely to develop acute kidney injury, underscoring the importance of Impella as part of a renal protective strategy during high-risk PCI.”

“We believe that kidney injury resulting from episodic decrease in flow during high-risk PCI can be reduced with Impella support and that stagnation of contrast in the renal tubules may be minimized,” continued Flaherty. “The use of Impella, then, is especially important as more patients undergo complete revascularization rather than staged procedures,[3] ostensibly improving periprocedural kidney blood flow and reducing the toxic effects of contrast dye despite low ejection fraction, baseline renal insufficiency and longer procedure times.”