Judging doctors on mortality data may not give the full picture 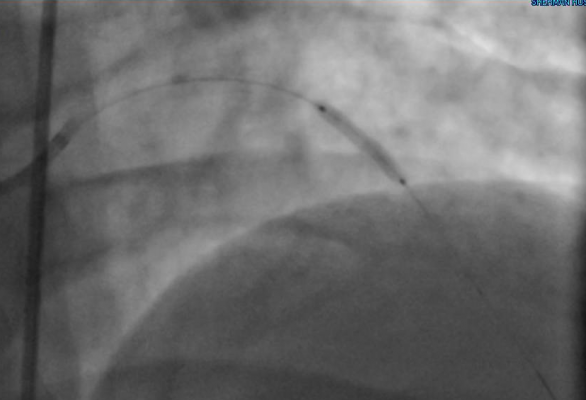 April 17, 2017 — Some doctors have higher or lower than expected death rates from coronary angioplasty procedures, also known as percutaneous coronary intervention (PCI). However, doctors should not be judged solely on the rate of patients who die from the procedure, as the rate is highly variable over time, according to a recent study in JACC: Cardiovascular Interventions.

PCI is a nonsurgical procedure that improves blood flow to the heart. It requires cardiac catheterization, which is the insertion of a catheter tube and injection of contrast dye into the coronary arteries. Doctors use PCI to open coronary arteries that are narrowed or blocked by the buildup of atherosclerotic plaque. PCI may be used to relieve symptoms of coronary heart disease or to reduce heart damage during or after a heart attack.

The new study analyzed data from the National Cardiovascular Data Registry CathPCI Registry to determine how many physicians had mortality rates outside the expected norm. The study included 3,760 doctors who performed 2,343,693 PCI procedures. The researchers adjusted for a number of factors, including how sick patients were.

PCI mortality rates for individual doctors may be useful for both doctors and hospitals to assess and monitor their care and see where they need improvement, said Jacob Doll, M.D., a cardiologist at the University of Washington in Seattle and lead author of the study. “It could drive hospitals and doctors to further improve the safety of a procedure that’s already low-risk. However, I don’t see this measure as ready for widespread use as a publicly reported measure or to influence payment.”

A limitation with assessing mortality rates is that it is rare for patients to die from PCI — for every 100 procedures, only slightly more than 1 percent of patients die, and for elective PCI, death is very rare.

“Any given doctor may have only one or two deaths a year — some years just by chance you may have two or four, which seems like a lot, and the next year, you may have none. This may be further confounded by the low number of deaths that can be ascribed to the procedure, and makes it challenging to know whether these differences are actually due to the care received,” Doll said.

Because procedures performed on sicker patients often have higher mortality rates, Doll and colleagues took this into account, by using what is called a risk standardized mortality rate (RSMR).

“This helps us interpret the results to determine who really has a higher-than-expected morality rate, and who has a higher actual mortality rate because they take care of sicker patients,” he said.

In an editorial accompanying the study, Michael McDaniel, M.D., an assistant professor of medicine at Emory University School of Medicine in Atlanta, said that doctors concerned about their mortality rate being reported publicly may avoid treating the highest-risk patients.