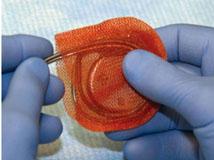 March 24, 2010 – Enrollment began this week in the CITADEL, which is the second of two large-scale, prospective, multicenter studies comparing implantable electrophysiology device infection rates. The study will look at patients with and without a new anti-bacterial envelope covering their devices.

CITADEL will enroll 2,300 patients at over 50 clinical study sites across the United States. Each patient is currently implanted with a pacemaker, implantable cardioverter-defibrillator (ICD) or a cardiac resynchronization therapy (CRT) device, which will be replaced with an ICD accompanied by AIGISRx. This patient population will be compared to a group of published control patients who have also undergone a pacemaker, ICD or CRT device replacement with an ICD without AIGISRx. The primary endpoints will be major ICD device-related infection and ICD device mechanical complication. Patients will be followed for 12 months, with pre-defined interim analyses at three and six months.

The first study, CENTURION, enrolled its first patient in January. CENTURION is a prospective, multicenter, monitored registry that will enroll 2,000 patients at more than 50 clinical study sites across the country. Each patient is currently implanted with a pacemaker, ICD or CRT device, which will be replaced with a CRT device accompanied by AIGISRx. This patient population will be compared to 2,000 case-matched controls that have also undergone a pacemaker, ICD or CRT device replacement with a CRT without AIGISRx. The primary endpoints will be major CRT device-related infection and CRT device mechanical complication. Patients will be followed for 12 months, with predefined interim analyses at three and six months.

AIGISRx is an anti-bacterial mesh envelope developed to deliver anti-microbial agents that help provide protection against infections associated with implanted pacemakers and cardioverter defibrillators. AIGISRx also securely holds a pacemaker or ICD in order to create a stable environment when implanted in the body.

“Device implanters are keenly aware of the risk of pocket infections, especially in patients with underlying health conditions,” Ibrahim Hanna, M.D., director of cardiac electrophysiology at Cardiology PC and Princeton Baptist Medical Center, Birmingham, Ala. “To date our ability to impact this issue has been limited. We are excited about the prospect of testing a simple, intuitive, and potentially highly effective approach to the problem. The TYRX antibacterial envelope is placed around the device and leads and left in the pocket allowing a cocktail of antibiotics to elute over seven days. We have enrolled our first patient in CITADEL and found the envelope very simple to use. It did not add any significant time or risk to the procedure and the whole process went very smoothly. 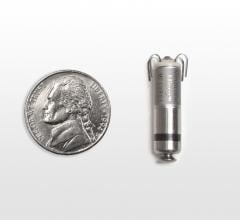