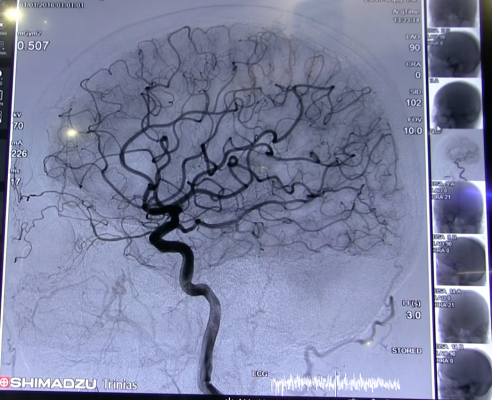 Nearly 800,000 Americans have strokes each year, which are a leading cause of disability and the fifth leading cause of death. For stroke patients, the difference between life and death, and functional independence or disability, is tied to timely restoration of blood flow to the oxygen-starved brain after a stroke event occurs. In the U.S. alone, the economic burden of stroke is estimated at $34 billion annually, which includes the cost of healthcare services, medications and lost productivity.

In the ARISE II study, neurointerventional stroke physicians were able to restore blood flow in 80 percent of patients treated with EmboTrap Device within three passes (with a reperfusion grade of mTICI ≥2b). By the end of the procedure, vessels were opened in 93 percent of patients. In addition, substantial reperfusion (mTICI 2c or 3) was achieved with just a single pass in half the patients. At the 90-day follow-up, 67 percent were functionally independent. Overall, the study successfully met the prespecified endpoints.

"I believe the EmboTrap device will be an important new option for treating stroke patients," said Osama Zaidat, MD, stroke and neuroscience medical director of St. Vincent Mercy Hospital, who presented the findings at the conference. "The study results look strong with very encouraging outcomes achieved for reperfusion, modified Rankin Scale, speed to revascularization as well as the rate of first pass success."

ARISE II was a multicenter clinical study of 228 patients, conducted to assess the safety and effectiveness of the EmboTrap Device, a stent retriever designed to retrieve a broad range of clot types. Patients eligible for the study had large vessel occlusions (LVO) and moderate to severe neurological deficits within eight hours of symptom onset.

The EmboTrap Device platform was developed by Neuravi Limited. Cerenovus acquired Neuravi Limited in April 2017. Cerenovus has submitted the ARISE II study data as part of its application to the U.S. Food and Drug Administration (FDA) for marketing clearance of EmboTrap Device in the United States. The device is already approved for use in Europe, where more than 3,000 patients have been treated.