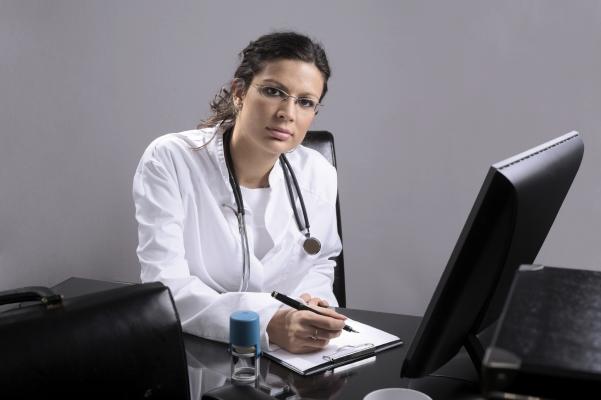 March 24, 2016 — Female cardiologists are less likely than their male counterparts to get married and have children, according to a new study scheduled for presentation at the American College of Cardiology’s (ACC) 65th annual scientific sessions. The research also indicated female cardiologists are more likely to face challenges related to child care, family leave policies and professional discrimination.

Women are also underrepresented in the field, comprising less than 20 percent of cardiologists who see adult patients. The study, the third in a series of surveys conducted by the ACC, revealed only slight improvements over the past 20 years.

"I'm very concerned that we haven't seen much growth in the number of women in adult cardiology," said Sandra Lewis, M.D., FACC, a cardiologist at Northwest Cardiovascular Institute and the study's lead author. "Twenty years ago, we acknowledged a need to increase the number of women in cardiology, and 10 years ago we saw an increase, but we've hit a wall. We need to understand the barriers to women entering cardiology and work toward breaking down those barriers."

Women make up half of all medical school graduates and nearly half of internal medicine specialists, yet they comprise fewer than one-fifth of adult cardiologists. Women are better represented among pediatric cardiologists.

"It's clear that diverse populations add richness to any field," Lewis said. "We feel that improving the diversity in cardiology will benefit our patients as well as our research efforts and will better reflect the communities that we serve."

More than 2,000 cardiologists completed the 2015 survey, which was a follow-up to surveys conducted in 1996 and 2006. The new survey found 15 percent of female cardiologists were single, as compared to just 5 percent among males — proportions that have not changed significantly since the first survey in 1996. Seventy-two percent of women reported having children, a proportion that is significantly up from 63 percent in 1996 but still well below their male counterparts, of whom 86 percent reported having children in the 2015 survey.

Lewis said the findings suggest a need for workplace policies that make it easier for women to take time off for childbearing and to handle child care during nights and on-call rotations, particularly during residency and fellowships, which often fall during a woman's prime childbearing years.

"We can do a better job of making cardiology a friendly place for young women," Lewis said. "It's definitely not that women don't want to work hard or deal with the demanding schedule that's required. If you look at obstetrics and gynecology, for example, where the schedule is very comparable, that specialty is nonetheless dominated by women."

One area of improvement for both women and men was the proportion reporting no official family leave policy at their workplace. That proportion is now around 1 in 10, which is significantly down from rates seen in past surveys and suggests that more workplaces have adopted such policies.

The survey also sheds light on career satisfaction and professional challenges. Although about 7 out of 8 cardiologists of both genders reported overall satisfaction with their careers, women were much more likely to say their level of professional advancement was lower than their peers and significantly less likely to say it was higher than their peers.

Sixty-three percent of women reported experiencing past discrimination, such as receiving a lower salary than others in their cohort or being passed up for promotion. That proportion is significantly down from 71 percent and 69 percent in 1996 and 2006, respectively, but still substantially higher than the rates reported by men, which remained flat at around 22 percent in all three surveys.