Results of the Danish VIVA Study reported at ESC 2017 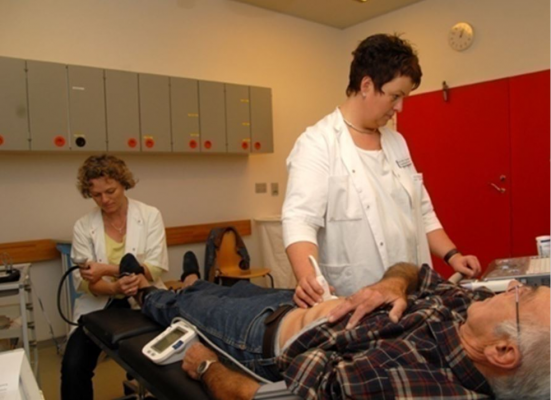 September 12, 2017 — A new screening program for vascular disease saves one life for every 169 men assessed, according to late-breaking results from the VIVA trial presented at the 2017 European Society of Cardiology (ESC) Congress and and published in the Lancet. The combined screening for abdominal aortic aneurysm, peripheral artery disease, and hypertension gained more living years for lower costs than European cancer screening programs.

“These diseases are often asymptomatic and can be life threatening,” Lindholt said. “Of course, elective repair of an aneurysm can prevent dying of rupture. However, pharmacological therapy for peripheral artery disease, aneurysms or hypertension holds a much larger potential to reduce the risk of dying from coronary heart disease, stroke and heart attack.”

The prospective, randomized trial included all 50,156 men aged 65 to 74 years from the central region of Denmark. Half were invited to screening and the other half to usual care where disease is typically detected only if a man reacts to symptoms or is in contact with healthcare for other reasons. The primary outcome was all-cause mortality.

Men in the screening group underwent a 10 minute procedure in which their aorta was scanned using ultrasonography and their blood pressure was measured and compared for the ankle and the arm, as shown in the picture. Two specially trained nurses undertook the procedure.

More than 20 percent of those attending screening had positive test results: 3 percent had an abdominal aortic aneurysm, 11 percent had peripheral artery disease, and 11 percent had suspected hypertension that was untreated. “We were quite surprised that despite modern healthcare with diagnostic technology being available essentially everywhere, one out of five men had undiagnosed vascular disease,” Lindholt said.

Men who tested positive for abdominal aortic aneurysm and/or peripheral artery disease had a confirmatory test and consultation where individualized prophylactic activities, including smoking cessation and pharmacological therapy, were recommended. If not already prescribed, low dose aspirin (75 mg/day) and simvastatin (40 mg/day) were prescribed. Those with an aneurysm larger than 50 mm in diameter were referred to a vascular surgeon to assess the need for elective repair. Men with suspected hypertension were referred to their general practitioner.

The screening and usual care groups were followed using national registries for hospital admissions, surgeries, and overall and cause-specific death. After five years, 149 more lives were saved in the screening group (there were 2,566 deaths in the screening group versus 2,715 in the control group). This corresponds to one life saved for every 169 men screened, and a statistically significant 7 percent relative risk reduction compared to no screening.

“A result of this magnitude has never been seen before in general population screening programs,” Lindholt explained. “We believe that it is primarily explained by the 2.5 times higher incidence of elective aneurysm repairs and the doubled initiation rates of antithrombotic and lipid-lowering therapy in the group invited to screening.”

The cost of screening (using 2014 prices) was estimated at an additional €148 per citizen in comparison with usual care from a healthcare sector perspective. The resulting costs of a life year and a quality adjusted life year gain from screening were estimated at €6,872 and €7,716, respectively, and the corresponding probabilities for screening being cost effective at 97 and 96 percent, respectively.

“A cost per life year gained of around €7,000 is quite low by European standards,” said co-investigator Rikke Søgaard, professor of health economics at Aarhus University, Denmark. “Vascular screening is simple and cheap and the benefit in terms of lives saved is substantial. It is more cost effective than many existing programs such as screening for breast or colon cancer and has the potential to be a game changer in public health prevention.”

The trial was sponsored by the European Union, the Central Denmark Region, The Danish Independent Research Council, and the Regional Hospital of Viborg. 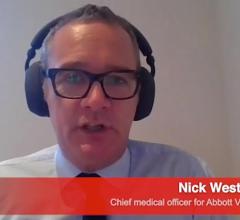