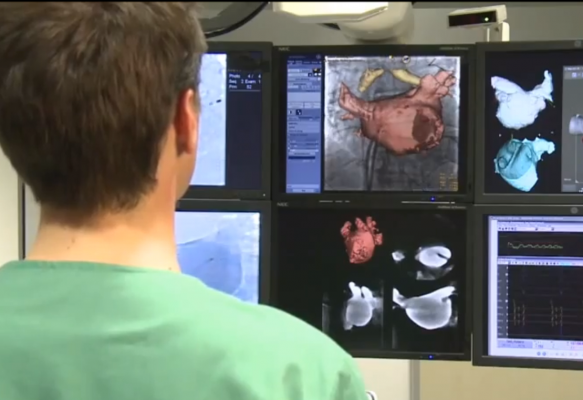 October 2, 2015 — AtriCure Inc. launched the cryoFORM cryoablation probe, which offers increased probe flexibility to adapt to a variety of surgical ablation procedures. This offering adds to the cryoICE family of ablation products which are used in the cryosurgical treatment of cardiac arrhythmias.

The cryoFORM probe builds off of the company’s core strengths in cryoablation technology, leveraging such features as thermal capacity to remove heat and active defrost, which allows the probe to be safely and quickly detached while maintaining the tissue’s frozen state. Building upon those strengths, the new probe offers increased flexibility, allowing the surgeon to more easily manipulate and apply the device and conform to challenging anatomies.

The development of the cryoFORM probe is also intended to address the trend towards more minimally invasive techniques in cardiac surgery, which are being used in conjunction with a variety of cardiac therapies, including mitral and aortic valve repair. In addition to an even more malleable probe shaft, the cryogen supply tubing for the cryoFORM probe has been made more flexible to allow for easier handling and delivery, which improves the overall ease-of-use in settings where range of motion is limited.

Cryoablation technology has been used for decades in the treatment of cardiac arrhythmias, and has advantages over other energy sources for creating lesions on certain cardiac structures. The entire cryoICE system leverages nitrous oxide, which is the most widely used and published cryogen in all cardiac specialties. Nitrous oxide combined with the unique design of the probe ensures rapid extraction of heat from targeted tissue, one of the primary determinants of success in cryoablation. This rapid heat extraction combine with a slow and natural thawing process called active defrost, provides maximum cell death of targeted tissues.

“The cryoFORM probe works well in MI-MVR procedures and allows me to easily shape and position the probe inside the LA using endoscopic instruments,” said Nicolas Doll, M.D., and Professor at Sana Herzchirugie in Stuttgart, Germany. “The probe is a great addition to the cryoICE family that I can rely on for fully transmural lesions.”

The cryoFORM probe has received CE mark in Europe and is pending U.S. Food and Drug Administration (FDA) clearance.