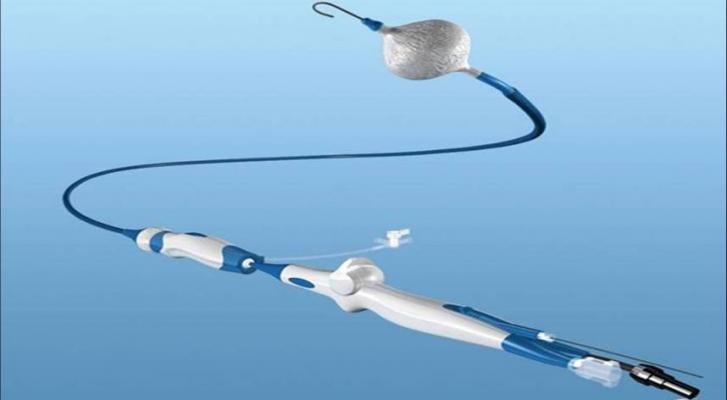 May 18, 2015 — Medtronic plc announced the Arctic Front Advance ST Cryoablation Catheter has received U.S. Food and Drug Administration (FDA) approval for the treatment of patients with drug refractory, recurrent, symptomatic paroxysmal atrial fibrillation. In Europe, where the Cryoballoon has a broader indication, Arctic Front Advance ST Cryoballoon has received CE Mark for the treatment of patients with atrial fibrillation.

An integral part of the Arctic Front Advance System, the third-generation cryoballoon has a 40 percent shorter tip than the previous generation, designed to help physicians visualize ablation success in real-time with the Achieve Mapping Catheter, as well as allow increased maneuverability for accessing some pulmonary vein anatomies.

The first patient was recently treated with the Arctic Front Advance ST Cryoballoon by Prof. Karl-Heinz Kuck, M.D., director of cardiology at Asklepios Klinik St. Georg, Hamburg, Germany. The product will be broadly available to physicians in fall 2015 following a limited market release.

The Arctic Front Advance ST Cryoballoon is used in a minimally invasive procedure to isolate the pulmonary veins, which are a source of erratic electrical signals that cause atrial fibrillation. The device uses coolant rather than heat (radiofrequency). Cryoballoon technology is associated with shorter procedure times than point-by-point radiofrequency ablation, and better treatment outcomes than drug therapies on the market. The system has been shown to improve quality of life for patients and significantly reduce paroxysmal (sporadic) atrial fibrillation symptoms, with patients experiencing reduction in atrial fibrillation episodes, palpitations, fatigue, rapid heartbeat, swelling, and syncope, and has become a widely adopted treatment for atrial fibrillation.

"I have had the opportunity to utilize the cryoballoon technology since its inception more than a decade ago," said Prof. Kuck. "By building upon clinical feedback from physicians worldwide, the third-generation system offers the potential for more real-time data and even better maneuverability that may further enhance the procedure."

The technologies currently offered as part of the Arctic Front Advance system include: