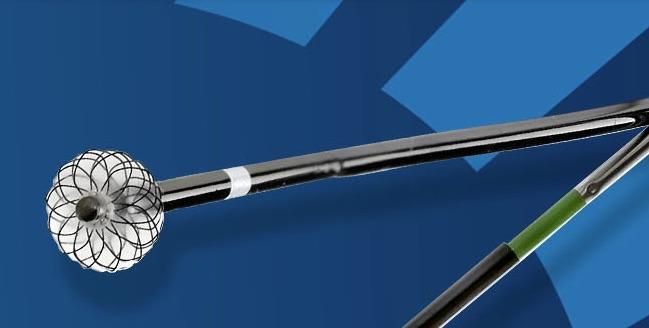 December 20, 2018 — Cardiva Medical Inc. announced the company has received premarket approval (PMA) from the U.S. Food and Drug Administration (FDA) for the Vascade MVP Venous Vascular Closure System. Vascade MVP is the first and only vascular closure system, according to Cardiva, designed and labeled specifically for multi-site venous closure – for 6-12 French inner diameter sheaths. This access site approach and size range is the standard in electrophysiology procedures such as cardiac ablation and left atrial appendage closure.

The approval is based on results of the AMBULATE Pivotal Trial, a 204-patient, 13-site randomized, controlled study of the Vascade MVP System compared to standard manual compression following cardiac ablation. The study showed significant improvements in time to ambulation, total post-procedure time and time-to-discharge eligibility, as well as improved patient satisfaction scores and reduced use of opioid pain medications. Results of the trial were presented at the 2018 American Heart Association (AHA) Scientific Sessions, Nov. 10-12 in Chicago, by Andrea Natale, M.D., co-principal investigator and executive medical director, Texas Cardiac Arrhythmia Institute in Austin, Texas.

Vascade MVP uses a simple and proprietary delivery system to place a collagen patch on the outside of each vessel puncture site following completion of the procedure. Nothing is left behind inside the vessel, and the collagen outside the vessel wall is resorbed in a short period of time enabling reaccess for future procedures.

“We are at the dawn of a new era now for electrophysiology procedures with this trailblazing technology,” said Suneet Mittal, M.D., director of electrophysiology and medical director of The Snyder Center for Comprehensive Atrial Fibrillation at The Valley Hospital in Ridgewood, N.J. “The improvements we have seen in both patient satisfaction and more efficient hospital workflow make this one of those rare new technologies that produces benefits for all stakeholders.”

“With the Vascade MVP device, we have been able to get patients safely on their feet hours earlier than previously possible after an ablation for atrial fibrillation or a left atrial appendage closure procedure,” said Amin Al-Ahmad, M.D., electrophysiologist at Texas Cardiac Arrhythmia Institute. “In our practice the new Cardiva workflow has freed up staff and beds – and patient satisfaction has skyrocketed with less time spent immobilized on their backs. This new workflow may also make it possible to send more patients home the same day as their procedure.”

“Approval of the VASCADE MVP System marks the culmination of a multi-year effort by Cardiva to pioneer the first dedicated vessel closure solution for electrophysiology procedures such as cardiac ablation and left atrial appendage closure,” said John Russell, CEO of Cardiva Medical. “We are proud to have partnered with leading EP physicians in the United States to address this unmet need – and enable patients to get back on their feet sooner and improve the workflow for these highly successful procedures. This approval – our second PMA approved product – is an exciting milestone for our team, and shipments to leading centers in the United States have already begun.”

A fully integrated, extravascular, bioabsorbable femoral access closure system, Vascade MVP is easy to use and leaves no permanent components behind. The system combines Cardiva’s proprietary collapsible disc delivery system and a thrombogenic resorbable collagen patch in an integrated design.

Vascade MVP works by placing a small, collapsible mesh disc against the inside of the vessel wall to temporarily stop the bleeding, releasing a collagen patch into the tissue tract and then removing the mesh disc. The collagen patch expands, providing a mechanical and physiological seal to stop the bleeding, and then absorbs into the body, leaving nothing behind and allowing further access to the vessel if additional procedures are required.