Approval introduces the first and only irrigated ablation catheter with a flexible tip in the U.S 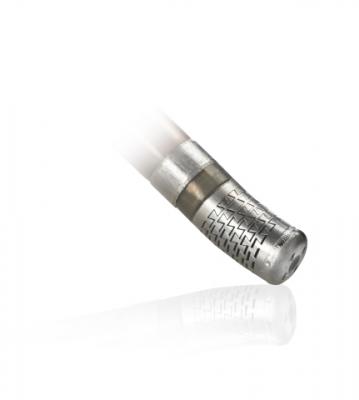 January 29, 2015 — St. Jude Medical Inc. announced U.S. Food and Drug Administration (FDA) approval of the FlexAbility Ablation Catheter, a new ablation technology used by electrophysiologists for the treatment of cardiac arrhythmias. Designed with feedback from leaders in the electrophysiology community, the FlexAbility catheter combines a bendable irrigated catheter tip with an advanced handle and next generation shaft design. The flexible tip was developed to conform better to the cardiac anatomy, allowing for effective lesion formation. This added flexibility, in addition to the catheter’s ability to maneuver easily and reliably in challenging cases, was designed to enhance the quality of care for patients around the world who require ablation procedures.

Ablation catheters, such as the pioneering FlexAbility catheter, are thin, flexible wires used to help treat irregular heartbeats that impair the heart’s ability to effectively pump blood throughout the body. In the United States, an estimated 10.4 million people have some type of cardiac arrhythmia. The FlexAbility catheter allows for improved maneuverability, enabling electrophysiologists to reach challenging anatomic locations within their patients’ hearts. This new technology was also designed to provide optimal irrigation flow over the entire tip for improved cooling, potentially reducing risk factors associated with the delivery of therapy.

“As we developed the FlexAbility ablation catheter, we worked with leading electrophysiologists to ensure this ablation technology would advance the treatment of complex arrhythmias,” said Srijoy Mahapatra, M.D., vice president of clinical, medical and scientific affairs at St. Jude Medical.

The FlexAbility catheter received CE Mark in Europe last year. The TactiCath Quartz contact-force sensing irrigated ablation catheter, approved and commercially available in Europe since 2012 and the United States since 2014, pioneered the ability to give physicians a real-time, objective measure of the force applied to the heart wall during a cardiac ablation procedure to treat paroxysmal atrial fibrillation (AF). The introduction of the FlexAbility catheter in the United States provides physicians with a best in class catheter for all their non-contact force cases.