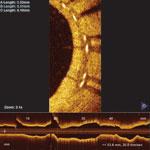 There have only been incremental improvements in intravascular ultrasound (IVUS) over the past decade. However, three new technologies introduced in 2010, and a few more expected to enter trials or be commercialized in 2011, are pushing new frontiers.

Characterizing Plaque
Angiography has been the gold-standard to identify blockages and visualize therapy to restore blood flow. Data from the recent PROSPECT (Providing Regional Observations to Study Predictors of Events in the Coronary Tree) trial demonstrated the angiographic severity of the blockage is not enough and intravascular imaging offers a better understanding about the type of disease. Volcano’s Virtual Histology IVUS (VH-IVUS) was shown to identify “mild” lesions that are capable of progressing quickly into cardiac events. It also showed events take place in locations of severe disease that are often missed by angiography.

PROSPECT is a landmark 700-patient natural history study sponsored by Abbott and co-funded by Volcano. It demonstrates the progression of cardiovascular disease via Volcano’s VH-IVUS, which classified lesions by plaque type. The risk of each plaque was also assessed. The results show angiographically “mild” lesions with certain morphologic features on grayscale and VH-IVUS present with a three-year cardiac event rate of 17 percent, versus other morphologies (indistinguishable by conventional angiograms) with three-year event risks of less than 1 percent.

Boston Scientific developed a similar tissue characterization system, but it has not been cleared by the U.S. Food and Drug Administration (FDA). The company originally hoped for FDA approval last year.

Many clinicians who use VH-IVUS say the color-coded interpretation of the plaque anatomy does not always match actual histology.
“In my opinion virtual histology is well within the values and is reproducible,” said Gary Mintz, chief medical officer of the Cardiovascular Research Foundation, who has studied more than 30,000 patients using IVUS.

However, he said interpretation of VH-IVUS data are subjective, based on each clinician’s interpretation of the information. There are some issues with the technology as well. He said imaging past calcium is clearly an issue with VH-IVUS. Another problem is the interpretation of thrombus, which is characterized differently by VH-IVUS algorithms depending on the stage of thrombus formation. Stents also appear as calcium surrounded by a necrotic core.

Spectrography Merged With IVUS
“With IVUS you see the amount of plaque burden, but you don’t see what the plaque is made of,” Granada said.

However, this may change with the newest player in the IVUS market, InfraReDx Inc., which received FDA 510(k) clearance in September for its LipiScan IVUS coronary imaging system. It’s the first catheter to combine near-infrared (NIR) spectroscopy with IVUS to characterize coronary plaque. Some types of plaque may complicate stenting and are associated with acute coronary events. The NIR spectroscopy identifies the chemical content of the plaques.

LipiScan IVUS provides a grayscale IVUS image of the coronary artery along with a co-registered chemogram showing areas containing lipid core plaque (LCP). Unlike VH-IVUS, Lipiscan data does match actual histology, said James A. Goldstein, M.D., FACC, director of research and education, division of cardiology, William Beaumont Hospital, Royal Oak, Mich. During a presentation on the technology at TCT 2010, he said LipiScan IVUS can clearly show where and where not to stent in order to avoid disturbing vulnerable plaques. He said this knowledge may help prevent “no flow” revascularizations and distal embolization.

The company anticipates regulatory approval and launch in Europe during 2011.

InfraReDx’s first-generation LipiScan NIR system is used at about 25 U.S. cardiac centers and is the only FDA-cleared device for the detection of lipid core coronary plaques (LCP).

High-Definition IVUS
IVUS image quality, especially resolution, has improved little since its commercial introduction in the early 1990s. However, a high-definition IVUS (HD-IVUS) system in development was demonstrated in September at Transcatheter Cardiovascular Therapeutics (TCT). The system, developed by Silicon Valley Medical Instruments (SVMI), offers resolution comparable to OCT, but with deeper IVUS tissue penetration. The company said it will have a small console profile, touch-screen operation and will be lower cost than current IVUS systems.

Clinical studies with the SVMI system are planned outside the United States in early 2011. The company’s products use a Linux-based operating system that provides improvements in speed and processing power compared to current IVUS products. The company said its console is being designed to easily integrate OCT and IVUS technology and will offer catheter-based image guidance of structural heart, electrophysiology and other cardiovascular procedures.

The company is currently seeking a large vendor to partner with to help commercialize the technology.

Granada said both Boston Scientific and Volcano are also working on HD-IVUS systems.

Image-Guided Treatment Catheters
Volcano President and CEO Scott Huennekens said the company is positioning itself to become a big interventional device company. Its flagship products will be IVUS and OCT image-guided treatment devices, where the imaging system is built into the treatment catheter. This summer in Europe, Volcano gained approval for the Vibe, a combination IVUS/angioplasty balloon catheter.

“The future we see is integrated hardware for image-guided treatment,” Huennekens said.

He said devices already in development include a forward-looking (FL)-IVUS system with an integrated radio frequency ablation catheter to treat chronic total occlusions (CTOs). Another technology Volcano purchased this summer is a forward-looking intracardiac echo (ICE) system, which may be integrated with electrophysiology cardiac ablation catheters.

Huennekens said all of these technologies, and Volcano’s existing fractional flow reserve catheters, will operate using one console the size of a personal computer.

Forward-Looking IVUS
A major issue in treating chronic total occlusions (CTOs) is the lack of angiographic visualization, since the flow of blood and contrast is completely blocked.

Volcano is developing two FL-IVUS catheter systems. One is for visualization ahead of the catheter and the second will incorporate a radio frequency (RF) ablation tip. The first-in-man trials for the imaging catheter were set to begin this fall in the Netherlands and Chile. Volcano hopes to begin its first-in-man trial for the FL-IVUS ablation system by mid-2011.

Huennekens hopes for European CE mark clearance of the FL-IVUS device by mid-2011 and in the U.S. by the end of 2011.

There is a question among many cardiologists and vascular specialists if FL-IVUS will become a front-line tool in CTOs, or something only used on occasion. Granada said it appears to be a nice tool, but evidence is needed to show it will improve outcomes or help reduce current, long CTO procedure times to justify the additional device costs.

In 2008, Volcano paid $12 million for Novelis Inc., which developed the FL-IVUS system. Volcano originally said it planned to submit the system for FDA and international regulatory reviews in 2009 and begin commercialization of the system by the end of 2009.

OCT offers high definition, photo-quality images, but its light-based technology can only penetrate about half the tissue depth that IVUS can. This may limit its ability to visualize structures more than a couple millimeters under plaque in heavily stenosed vessels.

“Not a lot of people have done PCI guided by OCT. However, once people start using OCT and understand the limitations, such as penetration, they may realize it is another tool instead of a replacement for IVUS,” Granada said.

Volcano also developed an OCT system, which gained European approval in early 2010, but was superseded by an improved version, which Volcano plans to release in Europe in mid-2011. The company hopes to launch the product in the United States in mid-2011, pending FDA approval, and Japan in 2012.

Next Generation OCT
Advancements in OCT, including 3-D OCT, are already being tested by some hospitals in Europe. The new technology is being developed by both St. Jude and Volcano, but neither manufacturer will provide many details about the technology. The images it creates are similar to the color 3-D images provided using advanced visualization software for CT or MRI datasets. Color 3-D images of neointimal growth on stents implanted in living patients were shown during a few sessions at TCT 2010.

In the coming years, Granada said to watch for OCT-guided interventional tools. Initial development of an OCT/angioplasty balloon is already underway at the National Research Council of Canada. 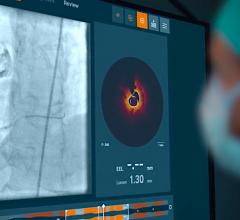 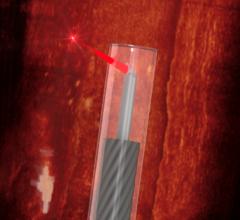 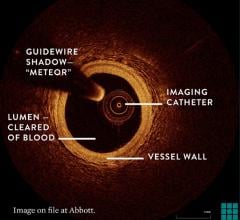 Although not a new technology, optical coherence tomography (OCT) is the dark horse of imaging that could give ... 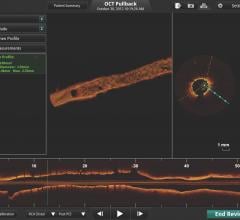 April 11, 2018 — Abbott today announced the initiation of a clinical trial evaluating long-term outcomes of patients who ... 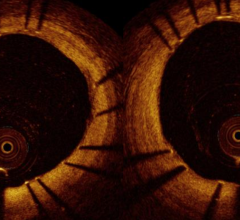 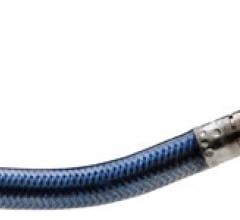 September 27, 2016 — Avinger Inc. recently announced the company has received an FSS Contract Award from the U.S ... 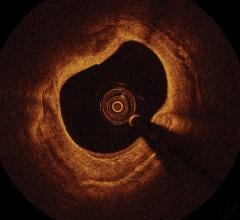 May 16, 2016 — In a new study using optical coherence tomography (OCT), an invasive laser imaging technique that ...