Cardiac PET Adoption Gets a Boost

The radioisotope shortage opens the door to PET for myocardial perfusion imaging. 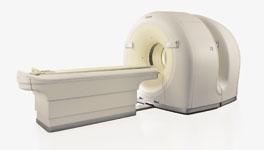 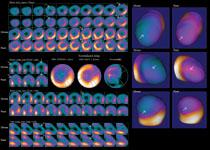 Our profession faces one of the most significant crises in its history,” said Michael Graham, M.D., president of the Society of Nuclear Medicine (SNM), regarding the shortage of nuclear medicine radioisotopes.

Nuclear medicine procedures have begun to slow down dramatically since the emergency shut down of the National Research Universal (NRU) reactor in Chalk River, Canada, on May 14, 2009. The Atomic Energy of Canada Ltd. recently anounced the reactor will not be back up and running until the spring of 2010.

According to the Society of Nuclear Medicine (SNM), NRU Chalk River supplies 31 percent of the world’s molybdenum-99 (Mo-99), the parent isotope of technetium-99m (Tc-99m), required to make many of the radiopharmaceuticals used in nuclear medicine single photon emission computed tomography (SPECT). The subsequent worldwide shortage of Mo-99 has become a healthcare problem of international proportions.

Each year more than 20 million people in the United States, 2 million in Canada, 10 million in Europe, and 14 million in the rest of the world benefit from nuclear medicine tests involving medical isotopes, reports SNM. Myocardial perfusion imaging (MPI) constitutes nearly half of all nuclear medicine procedures, and over 95 percent of these studies are performed exclusively or in conjunction with a Tc-99m labeled tracer, according to a report by Arlington Medical Resources. The shutdown has forced hospitals in the United States and Canada to ration supplies and delay medical tests.(1)

MDS Nordion and GE Healthcare produce CardioGen-82 for Bracco Diagnostics Inc., a generator-based, cardiac PET perfusion imaging agent approved by the FDA. It is produced using a specialized generator technology. Once administered, rubidium-82 is used as a PET imaging tracer for perfusion studies of the heart to examine blood flow through heart vessels.

But how close is the medical community to switching from cardiac SPECT to cardiac PET? There are a number of factors for any facility to consider when adopting PET-rubidium 82 technology for nuclear PET. Foremost is whether there is a robust enough patient volume for the procedure to cover the monthly cost of the rubidium 82 supply.

To get a clearer picture on the matter, Diagnostic and Invasive Cardiology spoke with James K. O’Donnell, M.D., director, division of nuclear medicine and PET in the radiology department of University Hospitals of Cleveland and an associate professor of radiology at Case Western Reserve University.
Diagnostic and Invasive Cardiology (DAIC): How many cardiac PET scans are you averaging on a weekly basis?

Dr. James O’Donnell (JD): We probably do 120 to 150 PET scans a week, and between 30-40 of those with rubidium for cardiac PET images a week. We have five gamma cameras doing the SPECT imaging. I only have one PET scanner available to do the cardiac, and I am having to adjust to the high oncology volume too.

DAIC: What is causing the delay in adopting PET for cardiac imaging?

JD: We have vast experience with SPECT imaging, and it contributes a lot to the diagnosis. There’s much less experience with PET, and PET’s growing, and much of the evidence says PET is better. So PET has really taken off, especially in the non-cardiac world. We do 25 to 30 PET scans a day for oncology. It’s very good for tumor localization. But it’s been a long battle only to get it approved by Medicare and insurance companies because it’s an expensive test. We have had to show over and over again that it’s a better test for lung cancer and breast cancer rather than just getting a CT scan, which shows you exquisite anatomy, but the PET scan will show you abnormalities before the lymph nodes get big enough to call abnormal.

Now that PET scanners are getting distributed in the medical world, the rubidium, thanks to Bracco and Cardiogen-82, has emerged as a really good perfusion agent for the heart. The one drawback for positron emitters like rubidium is that they have only a 75-second half-life. You need the combination of the technology plus the isotope generator. Now rubidium is being used more regularly, although it’s expensive. You need to have a reasonable volume to make it feasible.

If you’re in a shop that has been doing entirely SPECT imaging, but you’re doing oncology imaging and there is the technetium shortage, then you may want to look into switching to PET. If you’re doing imaging in a cardiac office in a small town, you don’t have that option because you don’t have the space or money to spend on a PET scanner. It’s a matter of having the technology available and having a big enough volume.

With the rubidium generator, you have bought the whole generator, and it will decay over the 28 days, and if you don’t do enough studies, it’s an operational expense of $30,000 to $40,000 monthly. One of the technetium compounds, the technetium-sestamibi has just come off patent and is available in generic form, so it’s quite a bit cheaper. That’s the economics that the rubidium generator is up against.

DAIC: What is the objective of your current study?

JD: We are doing both PET and SPECT on the same day on the same patients. We are seeing a pretty clear benefit of PET over SPECT. We presented the study at Society of Nuclear Medicine meeting in Toronto in June.

We use pharmacologic stress with Persantine for patients who can’t run on the treadmill. You do a set of images while a patient is at rest and get them on the treadmill. At peak stress on the treadmill you give them another dose of the isotope and compare what the perfusion is at stress versus rest. If the stress image shows a defect that isn’t there at rest, then that is ischemia. If it’s abnormal at rest, it could be a scar from a previous heart attack.

You are always looking for normal versus scar versus ischemia. We do both rest and stress SPECT and rest and stress PET on the same day by our protocol. We only give one infusion of the Persantine, and then we give both isotopes for the stress. Then you do the PET scan followed by the SPECT scan. One day in the same patient with only one episode of pharmacologic vasodilator stress with the Persantine.
We give both technetium and rubidium, and we can compare SPECT and PET. And PET is better.

DAIC: How will your study lead to improvement in patient outcomes?

JD: We are looking at how much better PET is than SPECT. We’re looking at patient outcomes over time, how are they responding to therapy, have they required bypass surgery, did they benefit by having this test, were their outcomes better, were they managed better because of the information, did they live longer? Or did they have fewer heart events – having an infarct or death?

Most everybody agrees you’re looking for anatomy and physiology. The blockage is important and now they are doing CT angiography to see the blood vessels. But the anatomy isn’t always the answer. The physiology is even more important because if somebody has a partial blockage, but there is no evidence of ischemia on a good test physiologically, like SPECT or PET, then they don’t need any intervention because whatever the degree of anatomic change, it isn’t really causing the patient a perfusion abnormality.

DAIC: Could this study generate reimbursement for cardiac PET?

JD: Sure. Is the patient going to do better because we did this test? There was the END study (Economics of Noninvasive Diagnosis) that was published several years ago.(3) It looked at several thousand patients with chest pain. Half of them went right to the cath lab, and the other half had a SPECT study. The decision of whether to have the invasive angiography hinged on the results of your SPECT scan. The patients who had the invasive test didn’t do any better than those that had the scan first. So, there’s no improved outcome by taking the patient right to the cath lab, and the expense on the patients that have the angiogram was far greater.

You only send patients to the cath lab if they showed they have ischemia. The point of it was that it makes more sense to do the noninvasive test; patients do just as well, and the test helps predict whether they need coronary angiography and any other test down the line.

Most everybody agrees you’re looking for anatomy and physiology. The blockage is important, and now they are doing CT angiography to see the blood vessels. But the anatomy isn’t always the answer. The physiology is even more important because if somebody has a partial blockage, but no evidence of ischemia on a good physiological test, like SPECT or PET, then they don’t need any intervention because whatever the degree of anatomic change, it isn’t really causing the patient a perfusion abnormality.

DAIC: Do you anticipate that in 10 years, 50 percent of the cardiac imaging exams in the United States will be done on PET?

JD: Easily in less than 10 years. Barring the government arbitrarily decides not to allow PET scans to be done. I think that government artificially inhibited the growth of PET for oncology. But if the technology is allowed to speak for itself, I think within 10 years almost everything we do in nuclear medicine with nuclear isotopes may be PET because there are more biologically active tracers. They are organic molecules. So physiologically they are a little better.