This week, cardiologists learned for the first time they have been examining black holes for decades and did not know it. Many cardiologists and radiologists did a double take when they saw the ground-breaking first image of a black hole released by the U.S. National Science Foundation. While the unclear image of the dark circle surrounded by a bright neon orange and yellow was a new sight for many in science, it looked suspiciously similar to the standard nuclear myocardial perfusion imaging (MPI) exams many physicians have been looking at daily for the past 40 years.

Nuclear MPI is used as the gold standard to determine if cardiac patients have a coronary artery blockage causing ischemia, or to detect areas of myocardial infarct from a heart attack.

The breakthrough black hole image was announced in a series of six papers published in a special issue of The Astrophysical Journal Letters. The image reveals the black hole at the center of Messier 87, a massive galaxy in the nearby Virgo galaxy cluster. This black hole resides 55 million light-years from Earth and has a mass 6.5-billion times that of the sun. The black hole itself – a cosmic trapdoor from which neither light nor matter can escape – is unseeable. But the latest observations take astronomers right to its threshold for the first time, illuminating the event horizon beyond which all known physical laws collapse.

The image of the black hole was captured by the Event Horizon telescope (EHT), a network of eight radio telescopes in numerous locations, from Antarctica to Spain and Chile. The effort involved more than 200 scientists. “Black holes are the most mysterious objects in the universe. We have seen what we thought was unseeable. We have taken a picture of a black hole,” said Sheperd Doeleman, EHT director and Harvard University senior research fellow.

Nuclear imaging scans are a little less mysterious and technically challenging to those in the know. But the close similarities to this image and nuclear MPI prompted many cardiologists and radiologists to post comments about it on clinical social media group pages. Many offered a preliminary diagnosis for the Messier 87 galaxy.

At first glance, the galaxy appears to have a perfusion defect on the anterior wall of the left ventricle. However, several others piped in with comments that the galaxy clearly has large breasts and the perceived perfusion defect is actually an attenuation artifact caused by overlapping breast tissue, which causes issues with detection/photon counts to render the image properly, a common issue in this type of nuclear imaging.

No one really wants to get their medical diagnosis from people they don't know on the internet, so I was really looking for a top expert's opinion to help with the clinical diagnosis of the Messier 87 galaxy black hole. I reached out to Kim Allan Williams, Sr., M.D., MACC, FAHA, MASNC, FESC, James B. Herrick Professor, chief, Division of Cardiology, Rush University Medical Center, and former president of both the American College of Cardiology (ACC) and American Society of Nuclear Cardiology (ASNC).

“Tell NASA that their Butterworth filter settings have a critical frequency that’s a little too low, resulting in thicker myocardial walls and a smaller LV chamber, but the black hole clearly has a critical LAD and ramus intermedius disease!” Williams responded after reviewing the black hole image.

Nuclear perfusion scans use SPECT or PET imaging detectors to visualize the radioactivity from radio tracers injected into the patient. The images show blood perfusion in the tissue and metabolic uptake of the radiotracer by the heart muscle.

France Córdova, director of the U.S. National Science Foundation and an astrophysicist, said that the black hole image, which she had only seen as it was unveiled at the press briefing she was chairing, had brought tears to her eyes. “We have been studying black holes for so long that sometimes it’s easy to forget that none of us has seen one,” she said. “This will leave an imprint on people’s memories.”

Ironically to see the same image, all she had to do was visit with any cardiology department and they could have fixed her up with a rarely easy to open CD of a similar image of the "black hole of the left ventricle," complete with quantification of the defect in the imaging report.

Cardiology is stellar and we just did not know it.

VIDEO: Use of Plant-Based Diet to Reduce Cardiovascular Disease Risk

VIDEO: Imaging in the Assessment of Preventive Cardiology 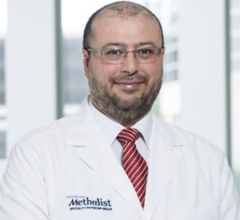 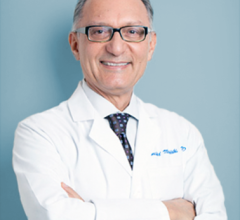 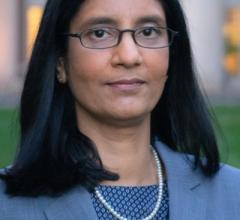 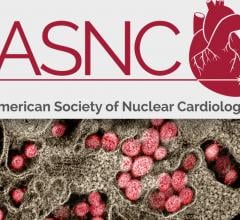 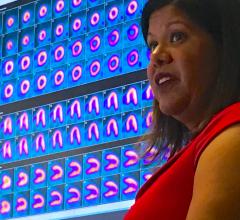 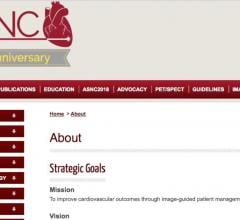