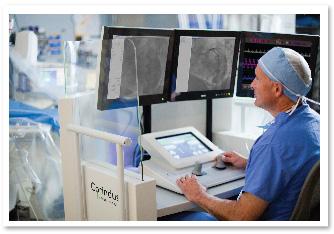 January 14, 2013 — The Detroit Medical Center (DMC) announced that a team of heart specialists at its Cardiovascular Institute (CVI) has successfully conducted the Midwest's first-ever "robotic-assisted" coronary revascularization to relieve heart artery blockages.  The successful implementation of the pioneering new treatment procedure — unique in Michigan and so far performed at only three institutions in the United States — means that DMC heart care patients now have access to the world's most advanced treatment method for relieving  blockages in heart arteries, said CVI President Theodore L. Schreiber, M.D.

"This is a major step forward for heart care patients in Michigan and the Midwest," said Schreiber, while describing the successful implementation of the robotic-assisted angioplasty procedure at the DMC CVI. "What it means is that many DMC heart patients can now enjoy the benefits of the world's most advanced and proven technology for removing blockages in arteries that feed the heart.

"Thanks to the remarkably precise arterial navigation advances and the enhanced visualization provided by robotic-assisted revascularization, clinicians will now be able to help heart patients with significantly advanced techniques for using stents or balloons to relieve arterial blockages. These advances will often lead to better patient outcomes — and I don't think it's an exaggeration to suggest that this is the dawn of a new era in heart care. Once again, the Detroit Medical Center and the Cardiovascular Institute are leading the way in pioneering a new treatment method that will help heart patients to get better as quickly and painlessly as possible."

Schreiber added that the "precision of robotic techniques now applies to percutaneous coronary intervention" (removing arterial blockages with flexible catheters rather than through invasive surgery), and that the new procedure "is expected to markedly diminish ionizing radiation exposure to physicians, patients and staff during the procedure, since it requires fewer [X-ray] pictures. That will also lead to wiser resource consumption, with more precise stent delivery and angiography, thanks to the enhanced visualization provided to the clinicians during the procedure."

Built around a recently developed technology platform known as "The CorPath 200 System," the new robotic-assisted revascularization procedure allows the cardiologist to sit at a control panel and operate a robotic arm that guides flexible tubes (known as catheters) through arteries that are blocked by sclerotic deposits or other disorders in patients with cardiovascular ailments. Once in place near a blockage, the catheter can then deliver stents or balloons that will help to restore blood flow by expanding the area around the arterial backup.

"The great thing about this new approach to restoring blood-flow in the artery is that it gives the clinician maximum precision in placing the stent or balloon exactly where it will help most," said Schreiber. "At the same time, the cardiologist can see the targeted area of the artery more clearly — even as the enhanced accuracy of movement helps to produce less fatigue in the treating physician's hands, wrists and arms."

Schreiber, a nationally recognized pioneer in using advanced catheterization techniques to treat heart ailments without having to resort to chest-cracking surgery, said that the first patient to undergo the new procedure at the CVI's catheterization lab was an 84-year-old grandmother of three from Roseville named June Frank.

"This patient had been struggling with several coronary blockages," he said, "and with the help of the new procedure, we were able to quickly and painlessly restore healthy blood flow around them. The patient felt fine throughout the procedure and showed no ill effects. One day later she reports feeling much more energetic and is in high spirits. She will be discharged later this afternoon, after spending only one day at the hospital."

A retired homemaker, Frank said that she was "feeling terrific and ready to go home."  She also noted that that she had undergone "six or seven" revascularization procedures in the past, and that "this was the only one where I felt no pain at all. It was quick and it was very easy."

A resident of Roseville, Frank has five grown children. After declaring that she was feeling energetic and completely free of pain, she pointed out that she's an avid Detroit Tigers fan and that she "can't wait to get back out to the ballpark this spring and watch the Tigers play some more baseball!"

Describing her treatment, Schreiber said that it was "very exciting to see how effective this new procedure can be in helping patients overcome coronary blockages."

He was also quick to point that the CVI treated three other patients with the new procedure on Monday, and that all three were doing well.  One of those patients underwent a "radial catheterization" in which the flexible tube that carries stents and balloons is inserted through a wrist artery, rather than through the femoral (leg) artery. That procedure, he noted, was the first of its kind to be performed in the United States 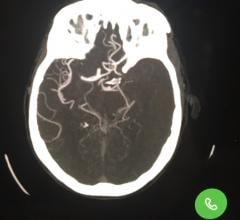 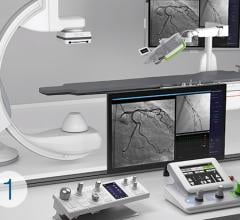 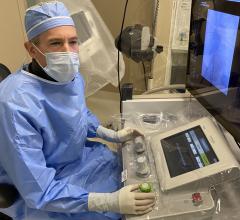 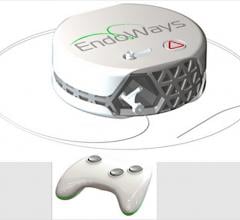 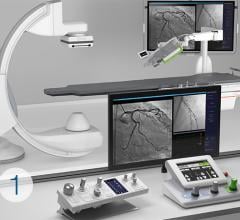 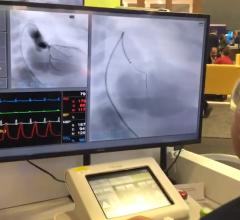 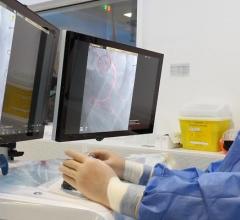 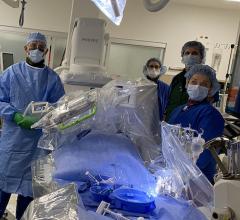 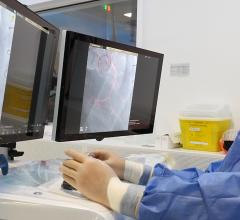 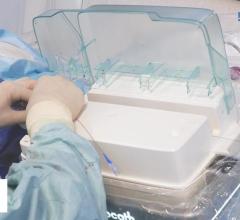